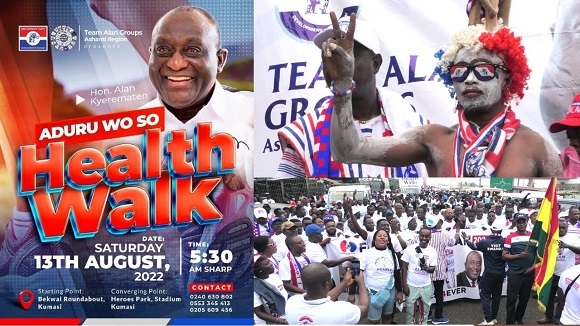 General Secretary for the New Patriotic Party (NPP) Justin Koduah Frimpong says the organizers of the 'Aduru wo so' health walk defied their orders despite engaging them not to go ahead with the event.

Scores of friends of Alan Kyeremanteng were on the streets of Ashanti Regional capital for a health walk on August 13.

During the walk, the placards displayed indicated that Alan Kyeremanteng is the next to lead and should therefore be given the opportunity.

Hopeson Adorye who was a lead organizer for the walk addressing participants indicated that the NPP has a tradition that needs to be followed to the latter.

He indicated that the flagbearership has been the preserve of the Dankwa and Bussia faction of the NPP and that cannot be changed to suit anybody’s interest.

A press statement issued by the General Secretary dated August 17 said “ A 'Health Walk' held on Saturday, August 13, 2022 in Kumasi by some individuals claiming to be supporters of one of the Party's presidential hopefuls, violated the Party's Code of Conduct for presidential and Parliamentary primaries.

The statement added that "prior to the Aduru wo so Health walk” the General Secretary and the National Organizer engaged organizers of the health walk and urged them to abandon such plans as that would be a breach of the party’s code of conduct. The executives also granted interviews on various media houses cautioning against these imminent infractions of the code of conduct. Unfortunately, all these proactive interventions were not adhered to by the organizers”.

Deu to this National Steering Committee of the party has written to alan Kyeremanten in respect of the “Aduru Wo So Health Walk” organized in his name whiles Hopeson Adorye has been dragged to the National Complaints Committee. 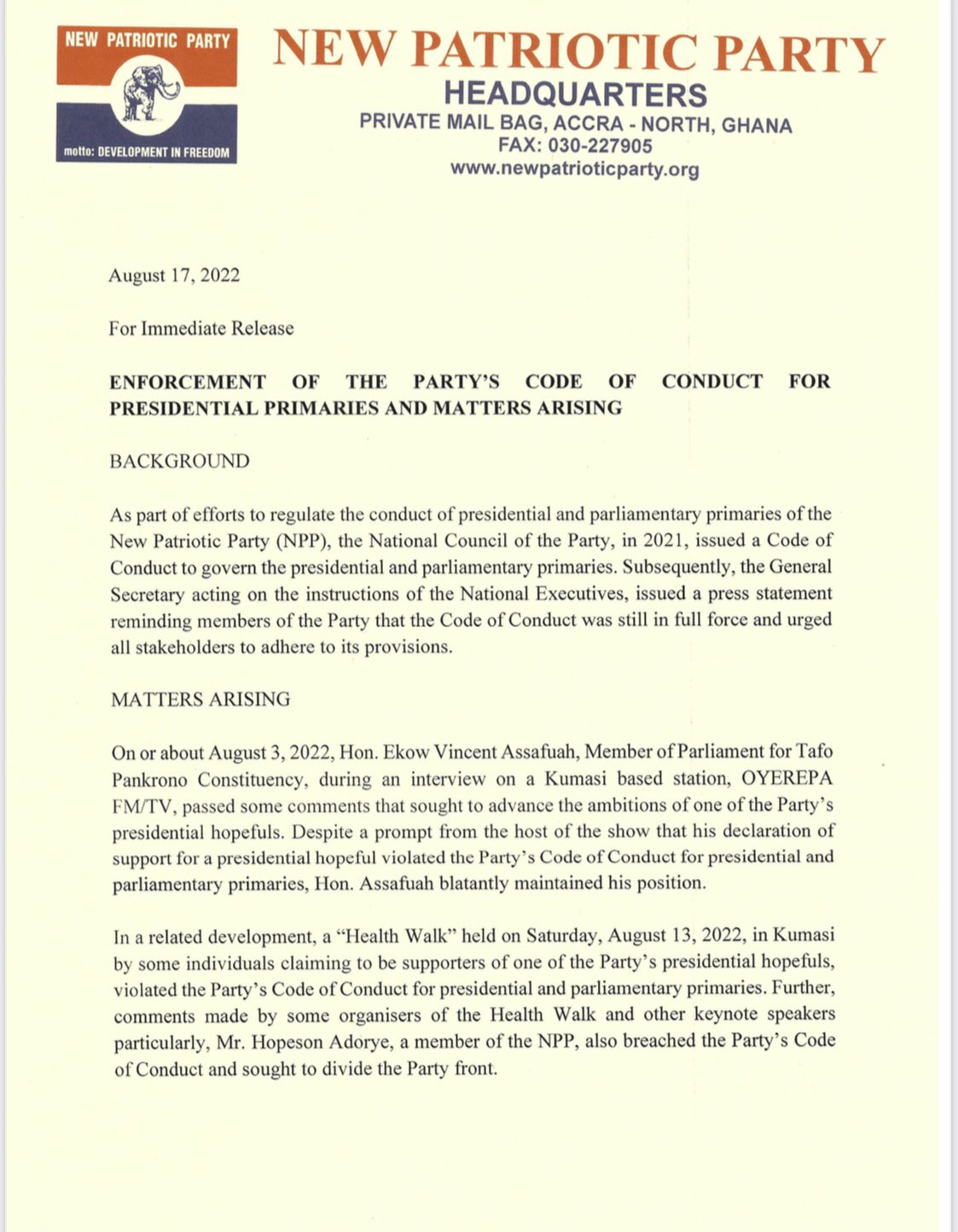 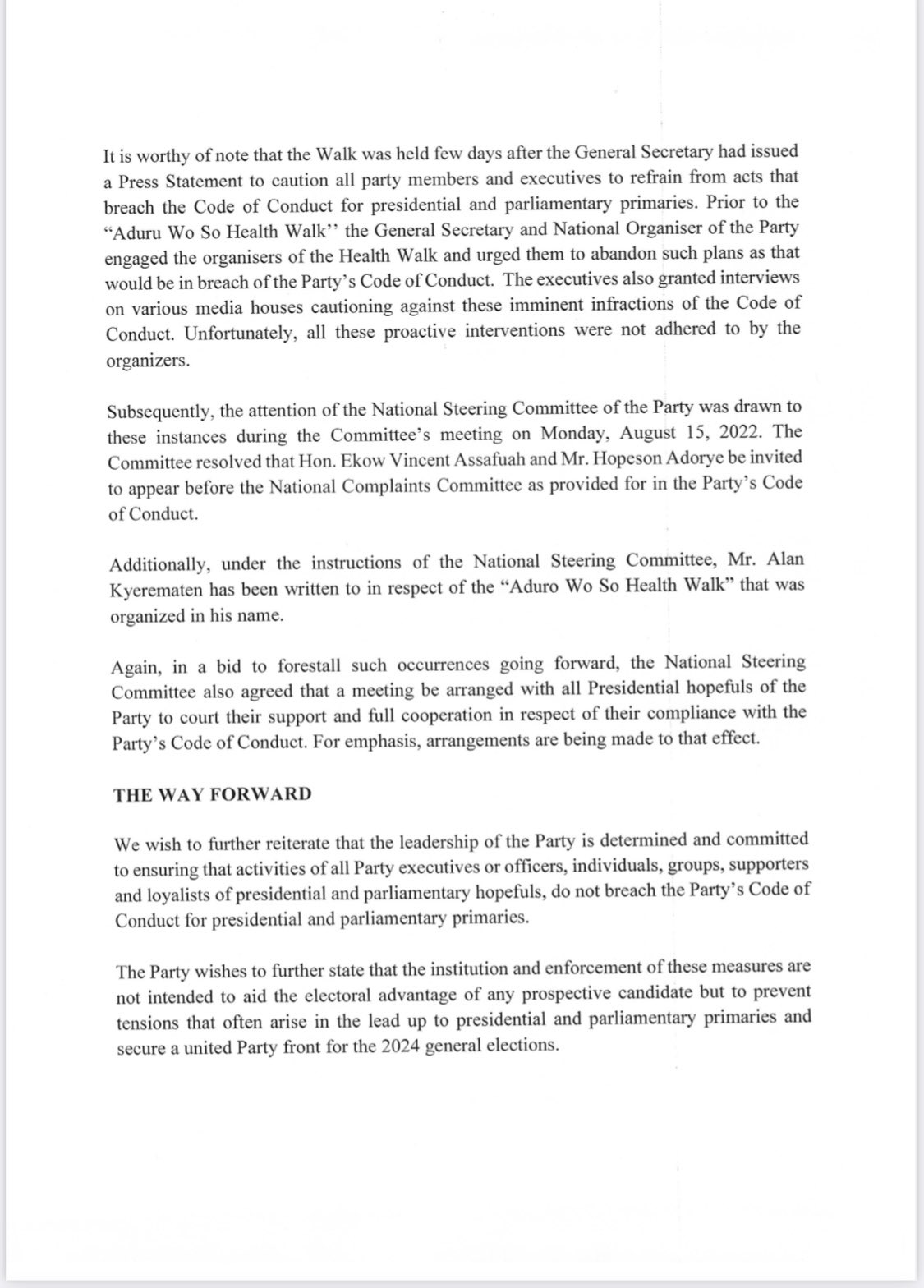