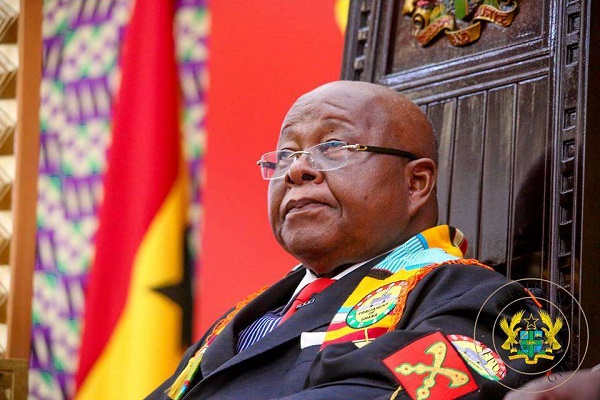 The policy has been questioned and the most recent was from Dutch Ambassador to Ghana, Ron Strikker Speaker believes the concept is the best for the country and the whole of Africa.

The Speaker was delivering his remarks at the 4th Africa Network of Parliamentary Budget Officers held at the Conference Room of Ghana’s Parliament in Accra last Monday.

READ ALSO:  Some media have twisted my 'Ghana beyond corruption' comment - Dutch Ambassador

Prof. Oquaye contended that the present World Economic Order made Africans out as continuing drawers of water and hewers of wood.

“We produce raw materials such as gold, diamond, bauxite, cocoa, fruits, vegetables, timber and others without corresponding end-product benefits,” he stressed.

“President Akufo-Addo simply wants a new partnership, not dependency and donor support of budget deficits from time to time. His call is also a paradigm shift for a partnership which will allow promotion and protection for our new industries from the dumping of cheap products from other developed nations, as dictated by current World Trade Organisation (WTO) arrangements,” he pointed out.

In the process, he took a serious swipe at the remarks recently made by the Netherlands Ambassador to Ghana as ill-informed, misplaced and woefully unbefitting a diplomat of a friendly nation for essentially attempting to “ridicule unmeritoriously our President’s concept of Ghana beyond aid”.

He echoed: “No nation in the world industrialised without protectionist strategies. Now Africa is being asked to do so. Our President wants a genuine partnership to wean us off this dilemma. And of course, it is clear that certain colonial powers are against this. Period!”