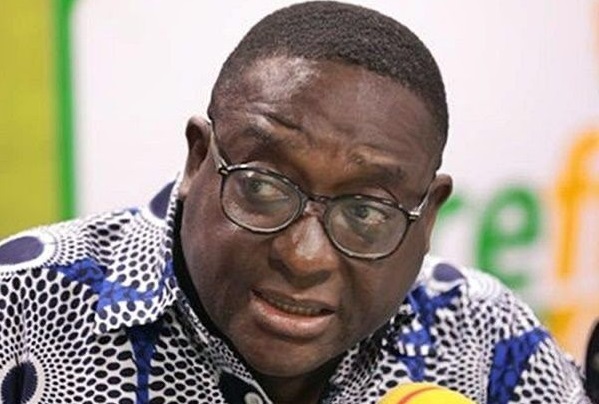 Director of Communications of the New Patriotic Party (NPP) Yaw Bauaben Asamoa says they seem to be a power struggle within the National Democratic Congress (NDC) and that is causing confusion.

His comments were on the back of the current situation the NDC leadership in parliament is facing with some party members criticising them for not been up to the task.

Mr Asamoa speaking on Joy FM's Newsfile said, what is happening in the party is an attempt to get Haruna Iddrisu the Minority Leader out of the way.

However, he said it will not succeed because he will get the support of Speaker Alban Bagbin.

"The resignation and all that is a legitimate shot to dislodge Haruna Iddrisu who is the Minority Leader and a very powerful force within the NDC. I don't it will succeed because I believe the Speaker's side will rally to the side of the NDC leadership in parliament. They want to get rid of the leadership because there is a power struggle. The NDC is currently in a state where any individual taking a decision will do so in favour of the interest of groups within the party. There are movements in the party and no one in that group can say they are acting independently"

Ablakwa made known his resignation in a letter dated March 30 to Speaker Alban Kingsford Bagbin, explaining his decision was “after days of careful reflection and thoughtful considerations.”

Though he cited no reason, this has been linked to some concerns raised over the NDC leadership’s role in acting contrary to the party’s agreement on decision making in the Parliament, with the approval of Finance Minister, Ken Ofori-Atta being recent.