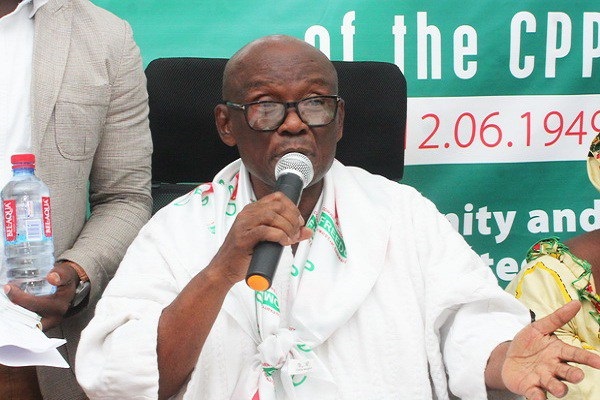 Chairman of the Convention People’s Party (CPP)  Professor Edmund Nminyem Delle has been selected as the new Nandom Na.

The Elders of the Nandom royal family after due traditional processes and consultations selected him on Thursday, 11 April 2019 at Nandom.
Prof Delle will succeed the late Na Dr. Charles Puoure Puobe Imoru Chiir VII.

The process is already underway for a public enskinment of Na Professor Edmund Delle Chiir VIII.

In October last year rumours circulated that Prof Delle wanted to run for the presidency in the 2020 general elections but his aide quashed those reports.

In an interview with Citi News, his aide Selasi Koffi Ackon said: “This is coming to us as a surprise. We do not have intention for that in the name of the Convention People’s Party. I do not know where this is coming from and who is saying this. I can say on authority that we have no intention yet.”