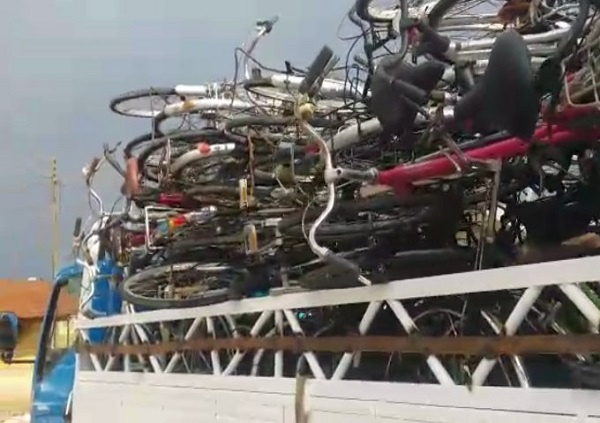 Eric Amankwa Blay an aspirant in the just-ended New Patriotic Party (NPP) Parliamentary primaries at Assin North constituency has explained why he went for some 250 bicycles he donated to delegates after losing the election.

Mr Blya prior to the election gave out some 250 bicycles as part of his campaign strategy.

After the elections on Saturday, he secured only 44 votes as against the incumbent MP Abena Duruwa Mensah who polled 389 votes.

This infuriated Mr Blay who accused the delegates and executives of lying to him that they will throw their weight behind him only for them to turn their backs on him.

According to him, the unit cost of the bicycle is ¢300. Apart from the bicycles, Mr Blay claims to have shared ¢200 and ¢500 to each delegate and constituency executives to endorse his candidature but failed to do so.

“Something definitely happened behind the scenes that informed the margin of loss, I know if you don't like me then you should not accept anything from me, the bikes were around 250 pieces, in fact almost 300. I’m not taking back the money but as for the bicycles, I need them back,” he said.

The party leadership speaking said this act is uncalled for and have vowed to solve the matter amicably.