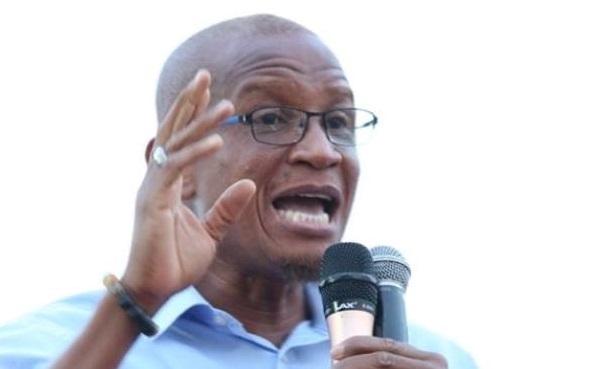 The New Patriotic Party’s (NPP) 2020 campaign team has cautioned their communicators not to attack their opponents in their campaign activities.

The NPP in a statement signed by Deputy Manager of their campaign team for 2020 election Mustapha Abdul-Hamid warned to from making references to their opponents’ gender, ethnicity or religion while campaigning.

This release comes in the wake of criticism of former President, John Dramani Mahama’s selection of Prof Naana Jane Opoku-Agyemang, a former Education Minister, as his running mate.

The NDC and other civil society groups have come out to condemn some comments made after Prof
Naana Jane Opoku-Ayemang was selected, running mate.

The statement further read: “The President of the Republic of Ghana and presidential candidate of the NPP and the 2020 campaign team, wish to remind its faithfuls that the party’s philosophy of positive engagement still holds valid.

CAMPAIGN ON OUR RECORD- NPP CAMPAIGN TEAM TO COMMUNICATORS

The President of the Republic of Ghana and presidential candidate of the NPP and the 2020 campaign team, wish to remind its faithfuls, that the party’s philosophy of positive engagement still holds valid.

We therefore urge all who speak for, or purport to speak for the party to refrain from attacking political opponents. We specifically ask that no reference should ever be made to opponents’ ethnicity, religion or gender.

We shall campaign on our record and win. Indeed, there is enough to speak about with regard to our record. We cannot beat our opponents in the politics of calumny. Let us therefore refrain.