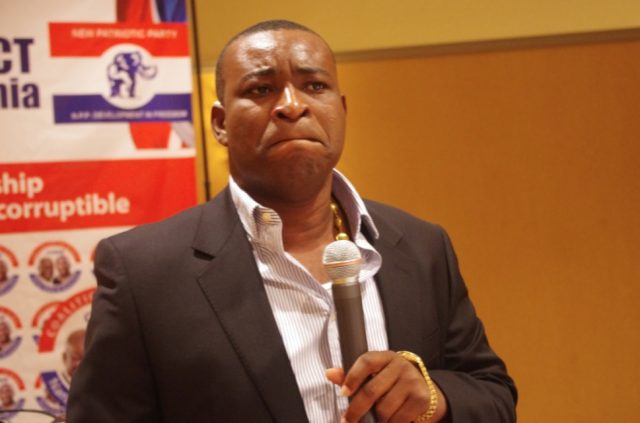 Managing Editor for New Crusading Guide newspaper, Abdul Malik Kweku Baako Jnr has called on the New Patriotic Party (NPP) to come out and disassociate itself from comments made by their Ashanti Regional Chairman Bernard Antwi Bosiako, popularly known as Chairman Wontumi.

Wontumi made some comments against Prof. Naana which has been widely condemned.

Kweku Baako says these comments could affect the NPP negatively and it will be proper for the party to quickly come out and disassociating itself from it.

"NPP Ashanti Regional Chairman's comment on Prof. Naana Jane Opoku-Agyemang was unfortunate and the party must issue a statement disassociating itself from that comment. This is something that should not be taken lightly, Ashanti Region is the stronghold of the NPP and this comment can hurt them," he said on Joy FM's Newsfile.

Chairman Wontumi, speaking after the nomination Prof Naana Jane Opoku Agyemang said her mere physical appearance shows that she is disappointed in life, and therefore unfit for the position of Vice President.

READ ALSO: Prof. Opoku-Agyemang's nomination not enough to give NDC victory because of Mahama - Ursula Owusu

Speaking on Wontumi Radio, he noted that the countenance and demeanor of the opposition National Democratic Congress (NDC) running mate show that she is disappointed in herself, her family and Ghana at large

Prof Naana Jane Opoku Agyemang was selected by John Mahama to partner him as running mate as the country prepares for the 2020 general elections.

Her selection and confirmation by the NDC have been widely praised as a first for a major political party in the country.

Many women groups have hailed her selection, saying it is a good sign in the fight for women emancipation and gender equality.