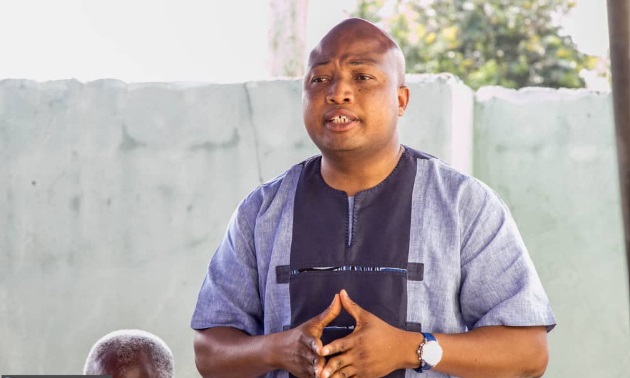 Member of Parliament of North Tongu Constituency, Samuel Okudzeto Ablakwa has warned the governing NPP not to mess with the NDC.

According to him, the NDC has the potential of winning the 2020 general elections despite the Majority leader, Osei Kyei Mensah Bonsu's comment on the NDC's resistance against the compilation of a new voters' roll.

In December last year, Osei Kyei Mensah Bonsu during the annual delegates conference of the NPP said the opposition NDC is resisting the Electoral Commission’s call for a new voters’ register because they cannot win any elections with a new register.

Speaking to Starr FM on the sidelines of the ‘Wɔkpɛnɛɛ’ demonstration held today February 4 2020 against the compilation of the new voters' register, one of the noble personalities who joined the demonstration Sam Okudzeto Ablakwa cautioned the governing party not to mess with the NDC

''Matters like today's demonstration, the attempt to subject the will of the people to undermine the democracy of our country by coming up with a new voters' register. Look this voters register, the NDC won with it in 2012, the NPP won with it in 2016 so why is it that all of a sudden Kyei Mensah Bonsu will be saying that we need a voters' register to keep the NDC out of power? The NDC we have heard this before when the NPP came to power under President Kufour, JH Mensah said by the time they are done with officials of the NDC, the NDC will not exist we won power in the 2008 elections so don't mess with the NDC. The people of this country know that the NPP has not performed, broken their promises, they have been insensitive, a family and friends government in the history of our country.''

The protest was dubbed: ‘Wɔkpɛnɛɛ’  (we won't agree). According to the coalition, their decision to resume the demonstrations is necessitated by the EC’s resolve to go ahead with the registration exercise.

The group, which is mainly made up of opposition parties such as the National Democratic Congress (NDC), All People’s Congress and People’s National Convention, initially called-off demonstrations against the Commission after the coalition ended a protest march in Kumasi.

The National Chairman of the NDC, Samuel Ofosu-Ampofo, said the temporary halt was to give EC enough time to complete its consultations on its decision.

However, the declaration of April 18 by the EC as the commencement of compilation, has caused the coalition to resume their demonstrations.

Governor of the Bank of Ghana, Dr. Ernest Addison has expressed confidence in…