Election 2020:  Kofi Gane pulls out of CIPA over criteria used in selecting Kofi Koranteng as leader 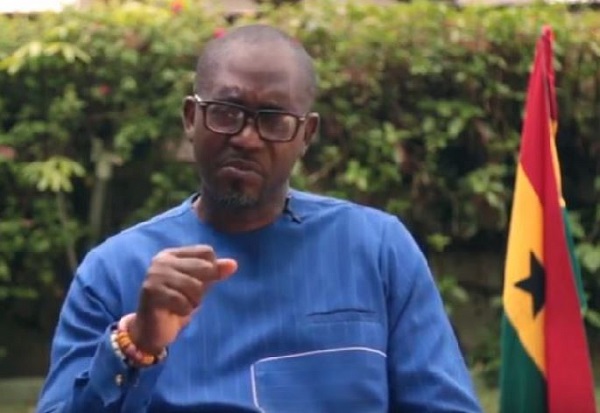 Independent Presidential aspirant Marricke Kofi Gane has decided to pull out of the Coalition of Independent Political Aspirants (CIPA).

The coalition is made up of some Independent Presidential Aspirants who have come together to battle the two major political parties which are the National Democratic Congress (NDC) and the New Patriotic Party(NPP).

The coalition selected Mr. Kofi Koranteng an investment banker, mechanical engineer and entrepreneur as their leader going into the 2020 election after a debate organised by IMANI and Joy News on August 13, 2020, at the University of Professional Studies.

They had earlier agreed to use certain criteria to select a leader for CIPA.

The criteria included, a leader would emerge based on the outcome of debate and related polls to be run by IMANI and Joy.

This was after an earlier five-point criteria put forward by IPAs was set aside. These earlier criteria were (a) Debate Results (b) Social Media Presence (c) On-the-Ground Strength (d) Manifesto Rating and (e) Campaign Financing machinery.

However, according to Mr Kofi Gane at an executive meeting held on August 15, 2020, it was asserted the IMANI polls will not be accepted due to its inherent potential to allow multiple votes.

In a further twist, contrary to previously agreed criteria, the Steering Committee proceeded to ask each of the IPAs present to vote between which of the 2 aspirants - Kofi Koranteng or Marricke Kofi Gane they preferred to lead CIPA.

After the voting process, Mr Koranteng was selected and Mr Kofi Gane believes that the adopted process was neither fair nor transparent.

He has therefore announced that he has pulled out of the Coalition of Independent Political Aspirants, CIPA and will still champion his course to break the monopoly of the two leading parties.

CIPA says they aim to create a global platform that supports a younger generation of political aspirants who do not subscribe to the current corruption mindset and club mentality of winner-takes-all politics.

Their global base of independently minded supporters wishes to break the monopoly of powers wielded by the NPP/NDC who cannot even declare their source of wealth as they illegally dish out monies and gifts to buy party delegates, and have corrupted our electoral system, broke down most government service functions, and made politics into a den of self-serving bureaucrats. 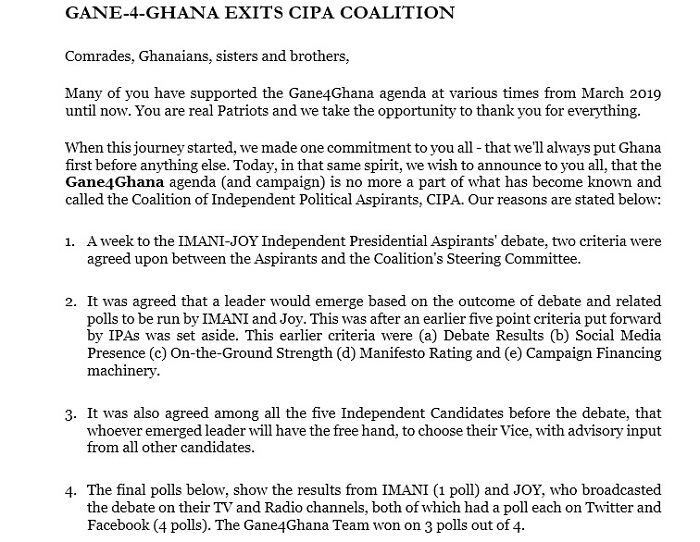 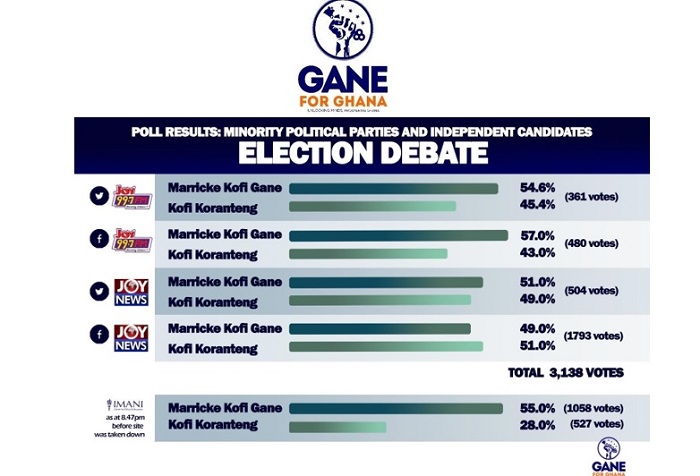 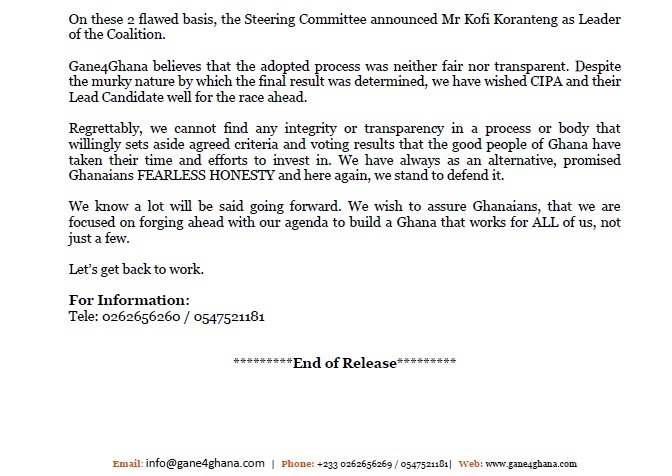