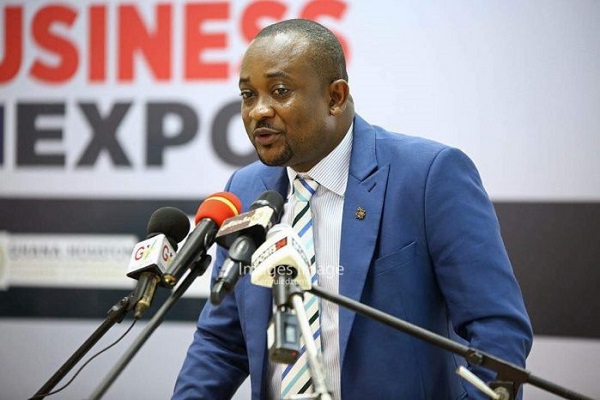 A Deputy Minister for Information, Pius Hadzide says election 2020 will be won based on the track record and credibility of political parties.

There are many questions being asked about the governing NPP with the current brouhaha between outgone Special Prosecutor Martin Amidu and the Presidency.

Many have said this could have an effect on the December 7 polls but Mr Hadzide believes the resignation of Martin Amidu will not affect the victory of the NPP.

Mr. Hadzide, says Martin Amidu’s resignation is not a reflection of Akufo-Addo’s fight against corruption and would not affect the opinion of Ghanaians on the track record of the NPP.

“Let me assure you that we believe and trust in the people of Ghana that they will go to the polls and will make assessments of political parties and of candidates based on their track record and credibility of their promises. Fortunately for us, the two leading political parties and contenders have all had their chances on the seat of government.”

“Former President John Mahama has had four years, that is without counting his days with Atta Mills, as President and so has the current President, Akufo-Addo. The people are going to assess these candidates on their track records, and we are confident that with what we have done in terms of our policies that is turning Ghana to the food basket of West Africa,” he added.

However National Communications Officer of the opposition National Democratic Congress (NDC), Sammy Gyamfi believes this resignation will play a big part in the election.

“what it means is that the country has lost the fight against corruption under the leadership of Akufo-Addo. We just have to change direction on December 7 which is 20 days from today and vote in a party, which may not be perfect, but has a leader who has a clear commitment to fight corruption regardless of who is involved”.

Meanwhile, Director of Communications at the Presidency says the government will not release any statement on Martin Amidu's resignation again.

It is yet to be known if Martin Amidu will comment further on the matter.