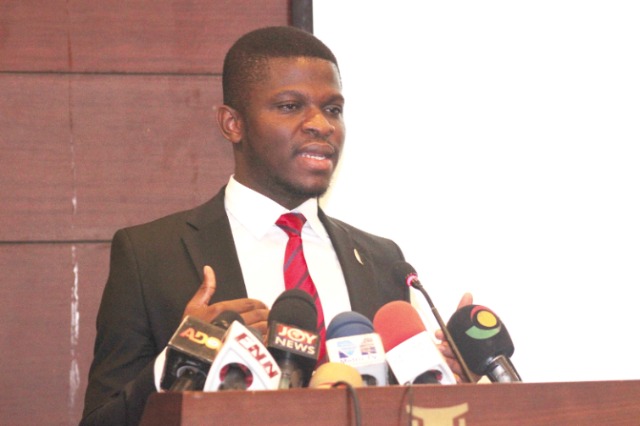 Mr. Gyamfi in a statement said this development shows that the NDC and all “No Vote” advocates have won and it is a "collective nationalistic decision to put Ghana first".

He raised several questions behind the President's decision to cancel the entire exercise since his conviction was that "YES" votes would have secured 75% of the valid votes cast.

"...Why the cancellation of the referendum on grounds of lack of national consensus... Why waste the public purse like this... What national consensus does the president need again if he indeed has the support of 75% of voters?" he quizzed.

President Akufo-Addo addressed the nation yesterday and called off the referendum which was to take place on 17 December 2019 due to a lack of "broad national consensus amongst the key stakeholders and the populace".

"The main opposition party the NDC stated they were no longer prepared to go along with the national consensus. They indicated further they will actively campaign for a 'No' vote. In as much as I still believe that there is enough support in the country for a 'Yes' vote to be successful on December 17, I do not believe that this is a proper atmosphere for such a history to be made in our country. Even though I am unrepentant in my belief that party politics is good for our country because it enhances accountability I think matters of such significance need a broad national consensus. So it is with deep regret that I have given instructions to the Minister for Local government and Rural development to abort the process and see to the withdrawal of the bill," he said.

Below is Sammy Gyamfi's full statement

At long last, President Akufo-Addo has chickened out of the December 17 referendum for fear of defeat.

This is a clear victory for the NDC and all “No Vote” advocates. Our collective nationalistic decision to put Ghana first has paid off.

For the records, it’s a barefaced lie that President Mahama agreed to the amendment of article 55(3) of the 1992 Constitution to allow for the introduction of partisanship in our local government system as alleged by President Akufo-Addo. The attempt to use JM as a cover for this national embarrassment will not wash.

By the way, since when did President Akufo-Addo start to listen to any constructive suggestions from the NDC? Quite clearly, after wasting the public purse on this needless venture, the President ought to be giving us better accountability than these desperate blame games.

Mr President, you can cancel the December 17 referendum for fear of defeat, but you cannot cancel the impending defeat that awaits you on December 7th 2020.