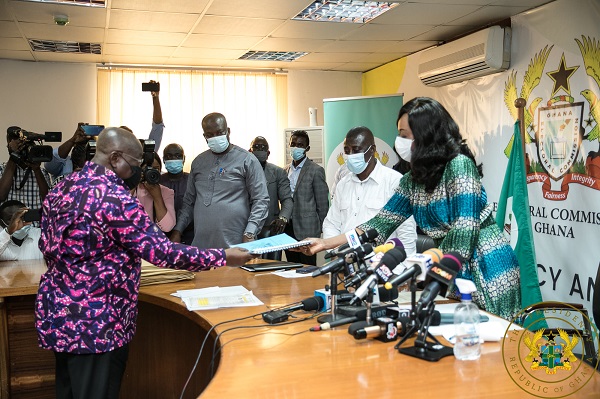 The filing of nomination forms for both parliamentary and presidential seats in the 2020 elections will end today October 9, 2020.

The aspirants who have so far filed their forms include flagbearers of nine political parties and three independents aspirants.

It is expected that the People’s National Convention will submit its presidential forms today.

It is expected that the People’s National Convention will submit its presidential forms today.

Many opposed the filing fee for the presidential candidates but many have so far filed.

The EC pegged the filing fee for presidential candidates at GHS100,000 and GHS10,000 for parliamentary candidates.

Flagbearer of the All People’s Congress (APC) Hassan Ayariga says he will continue to oppose the filing fee set by Electoral Commission after the 2020 polls.

Speaking on Citi FM Mr Ayariga said he has decided to backtrack a bit because he does not want to delay the electoral process and will hold on for now.