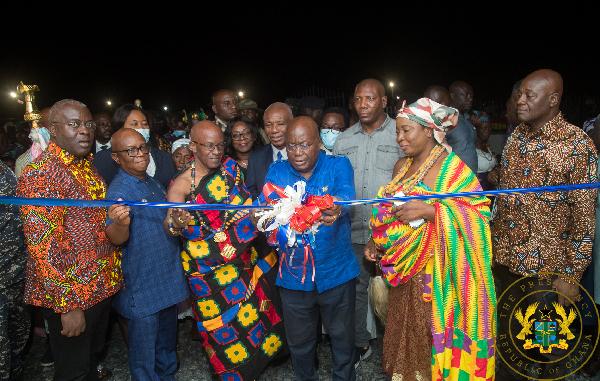 President Akufo-Addo has indicated his government through the Common Fund Administrator is committed to building over 100 new courts to promote rule of law "which governs the affairs of the nation."

He revealed, government have already completed 60 per cent of the new courts, adding, "the rest 40 percent will be completed in the first quarter of 2023 to help solve the issue where people find it difficult to have access to the courts."

Nana Akufo-Addo made this known during the commissioning of a new District Court at Battor in the North Tongu District of the Volta Region on Tuesday as part of his two-day working visit to the Volta Region.

READ ALSO: Transport fares to increase by 30% on September 21

He commended Mr Osborn Divine Fenu, the District Chief Executive for the area, as well as the chiefs and people of Battor for their hard work towards the realisation of the project. 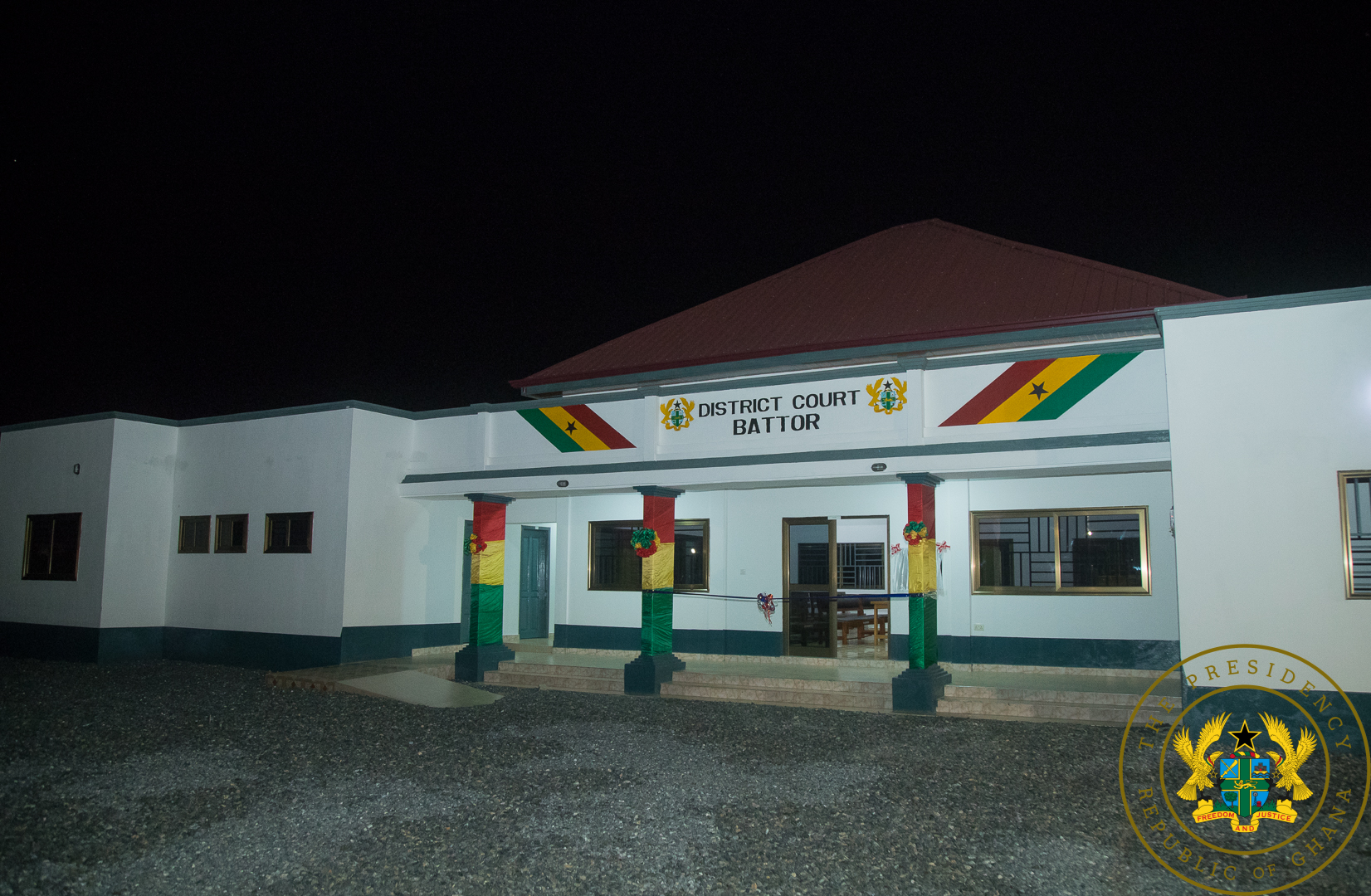 President Akufo-Addo further assured the chiefs and people of the area among other things, the provision of a new Divisional Police Command at Battor, school infrastructure, and others.

The project, which was initiated by the North Tongu District assembly in 2020 with a total contract sum of GHC 480,770.00 funding from the Assembly, through the District Assembly Common Fund- Responsiveness Factor Grant (DACF-RFG), and executed within six months, was aimed at enhancing effective justice delivery in the area.

It is observed that access to justice delivery in the area had brought some form of discomfort to many who travelled to other adjoining Districts such as Sogakope and Adidome to before having access to the courts.

Mr Justice Victor Jones Dotse, Justice of the Supreme Court, who represented the Chief Justice, said the presence of the court would help to settle disputes peacefully in the district.

He however appealed to traditional authorities to adopt the ADR method to have their family issues and other differences settled in instances where going to court would not be necessary.

In attendance were some government and judicial service officials.