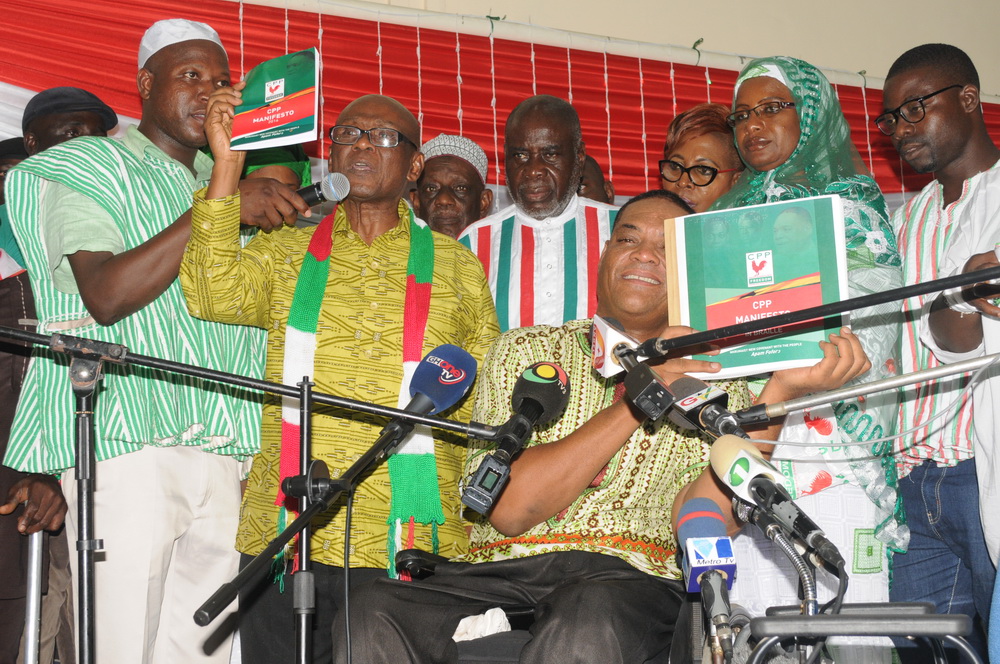 CPP presidential candidate in the 2016 election, Ivor Kobina Greenstreet says he intends to embark on an agricultural and industrial revolution generally but with a keen eye on the 3 regions in Northern Ghana.

He remarked, his policies and programmes targeted to reverse the dwindling fortunes of that part of the country will be coordinated from his presidential office signifying his keen interest in the regions and its people.

He made the pledge when he appeared at the Northern Development Forum aimed at building consensus and networking opportunities to enable programmes, policies and personnel effect tangible and sustained impact in deprived areas away from the south.

The lawyer impaired in his limbs but in control of his other faculties, observed the vast land available in Northern Ghana must be utilised to generate wealth for the people hinting that he was keen to improve shea butter, cashew and cotton production but ultimately use almond production as the game changer.

“Almond trees grows quickly in 2 to 3 years, they require little water and the nuts are easy to harvest and process,” he submitted at the forum after the party’s manifesto launch in Accra on Saturday.