I promise to supervise a violent free elections - Prez. Akufo-Addo 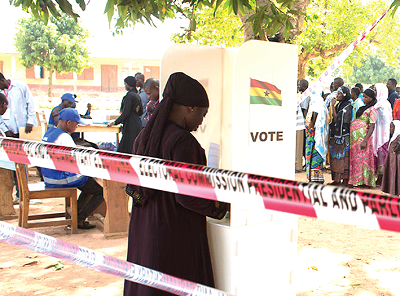 President Akufo-Addo has promised to supervise a violent free 2020 elections.

According to the President, he described as unfortunate the mistrust and fear that characterise every general election.

The President interacted with members of the Christian Council on January 14, 2020, and called on all to put in efforts to ensure the long-existing peace we have is maintained.

"We want to get ourselves in a situation in Ghana where elections are a normal incidence of our lives and that is what democracy means. Every four years we go the polls and determine for ourselves who should take on the mantle of leadership and we must always do so without mistrust and apprehension and this year, I will ensure that is done"

The Chairman of the Christian Council of Ghana, Rev. Kwabena Boafo also appealed to leaders of all political parties to act right to ensure we have free and fair elections.

"This year is an election year and as usual it comes with some apprehensions in the lives of many Ghanaians, as church leaders we believe that it is possible to have free and fair elections when the major stakeholders act right and the appropriate machinery is put in place. We kindly request that President Akufo-Addo uses his office and the opportunity God has given him to ensure that the security agencies act fairly and justly with all manner of persons who break the law irrespective of their political affiliation,".

The President yesterday said he was happy there was no casualty recorded during the 'Tikusiya' demonstration which was organized in opposition of the new voters' register at Tamale.

According to the President, there has been series of demonstrations against the voters' register in the past years which has been coupled with chaos but the ‘Tikusiya’ demonstration did not record any casualties.