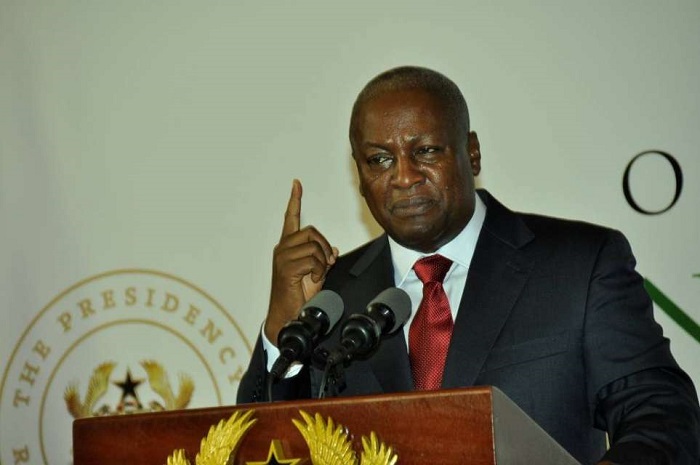 Flagbearer of the National Democratic Congress (NDC), John Mahama has warned he will not accept the results of the 2020 general elections if the polls are marred by chaos and violence like what occurred at Ayawaso West Wuogon.

According to Mahama, the EC should ensure the election is free and transparent and that will ensure all parties accept the results.

READ ALSO: Majority of Ghanaians say their lives were better in 2016 than now - Mahama

Mahama who has already said he won't accept a flawed election speaking in an interview with Kwesi Pratt said should the violence and chaos that marred the Ayawaso by-election occur in the December polls he will not accept the results.

"Who accepts a flawed election. Nana Addo himself has a history of not accepting any election even when they have been the best free and transparent election. He tied me up in court in 2013 for almost a year, when Prof Mills beat him he refused to concede. If the election is free and transparent and I am convinced why not. If they do what they did in Ayawaso West Wuogon who expects me to accept a result like that."

The Ayawaso West by-election took place on 31 January 2019 after the death of the incumbent MP Emmanuel Kyeremateng Agyarko on 21 November 2018. Lydia Alhassan of the New Patriotic Party was elected with 69% of the vote.

Violence erupted in the area of the La-Bawaleshie polling station two hours after the election had started, though there was no death recorded there were casualties. Prampram MP Sam George was assaulted and 18 people were wounded by gunshot.

The perpetrators were masked men and alleged to be National Security Operatives.

The government moved to set up a Commission of Enquiry to investigate the violence.

The committee finished and presented their findings to the government.