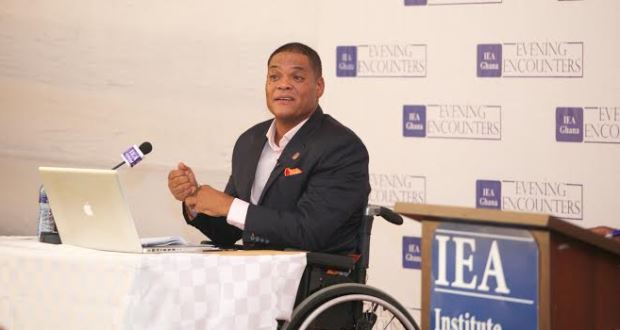 The flagbearer for the Convention People's Party (CPP), Ivor Greenstreet has explained how the smaller political parties can be able to break the duopoly of the National Democratic Congress (NDC) and the New Patriotic Party (NPP).

Many smaller political parties have called on Ghanaians to give them an opportunity to lead the nation as they will improve and develop the lives of Ghanaians better than the NPP and the NDC.

Mr Greenstreet who contested the 2016 presidential election as CPP candidate speaking on TV3's Key Points outlined a number of practices the minor parties can adopt to break NPP, NDC dominance.

"We have just 79 days to the December polls it does not render it necessarily impossible for the minor parties to make a case, we can still reach out to see what we can all do, to collaborate with each other to know what we can do. The minor parties have their weaknesses and strengths, but with the right approach, it is possible. Survey has shown that Ghanaians to a large degree are unhappy with the 27, 28 years of NDC and NPP, so we have to attempt to see what we can do and this requires effort. It is important for the smaller parties to be united, have a sense of purpose and more importantly believe in themselves"

A number of promises have been made by the two but the most debatable promise currently is Mahama promising to legalize Okada.

The NPP on the other hand says they will not legalize Okada but would rather find a more suitable way of keeping these riders in the transport business.