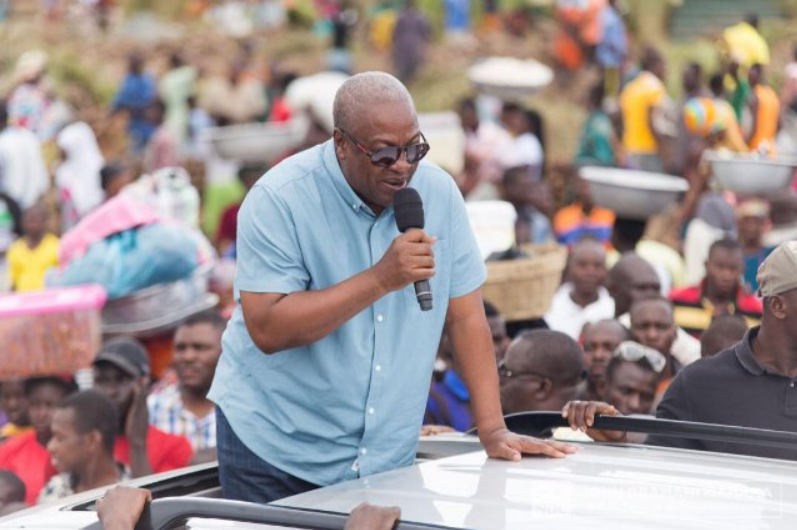 Former President John Dramani Mahama has cut short his campaign tour of the Bono Region over challenges of the voter register.

According to him, this will enable him and the leaders of the opposition National Democratic Congress (NDC) to travel back to Accra "because of the increasing reports of challenges with the voter register and the exhibition process."

In a Facebook post, Mr Mahama said the NDC will be addressing a major press conference on the issues in due course.

“I am cutting short my tour of the Bono Region to return to Accra because of the increasing reports of challenges with the voter register and the exhibition process. We’ll address a major press conference on the issues in due course,” Mr Mahama posted.

However, John Mahama also said one of the problems President Akufo-Addo has is that he raises expectations too high.

Mahama who rounded up his tour of the Bono Region said Akufo-Addo always chooses the populist approach and raises the hopes of many which comes back to haunt him.

The NDC flagbearer says he has spoken with some traditional rulers in the Bono Region and has taken a lot of advice from them concerning leadership.

"These are traditional rulers who have acquired years of experience of leadership so when they give advice I listen carefully and take it in good faith. They were talking about leadership and not being populist and managing expectations of people and I think that is one of the problems Akufo-Addo faces, he raises expectations so high but very low on delivery"

Mahama also said Ghanaians are aware that he is more credible than President Akufo-Addo.

Mahama also promised to address all their concerns if he is voted into power come December 2020.