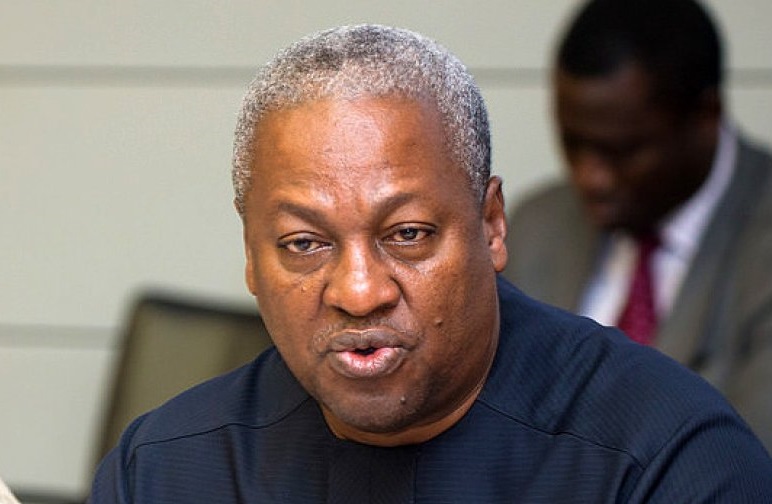 Kumasi Shooting:Mahama condemns incident and describes it as a criminal act
Shares

Former President Mahama says he strongly condemns the shooting incident that happened at Kumasi and describes it as a criminal act.

The shooting incident took place during the party’s high-powered meeting in Kumasi on Monday, 18 February 2019 and resulted in one person's death and others sustaining injuries.

According to John Mahama: ''I have just been briefed about a shooting incident that occurred in front of the Ashanti Regional Office of the NDC leading to the death of one person and injury to another''.

He added that ''I strongly condemn this incident. It is clearly a criminal act, and I call on the police and relevant security agencies to investigate, immediately apprehend the culprits and subject them to the full rigours of the law''.

The General Secretary of the opposition National Democratic Congress (NDC) Johnson Asiedu Nketia earlier said the party will not safeguard any member associated with the shooting incident that took place.

Speaking on Accra based Asempa FM, he said the law will take its course and deal with anybody associated with the shooting incidence.

“We are not going to shield any criminal in the NDC. Anybody in connection with this crime – whether a parrot or eagle or hawk – the law must take its course.”Asiedu Nketia stated.

According to reports, a gunman identified by eyewitnesses as a member of vigilante group The Hawks, which is affiliated to the NDC, shot at fellow party members during a regional executive meeting in Kumasi

The gunman, according to the eyewitnesses, shot the first victim thrice – first in the thigh, then in the belly and on the back as he fell to the ground.