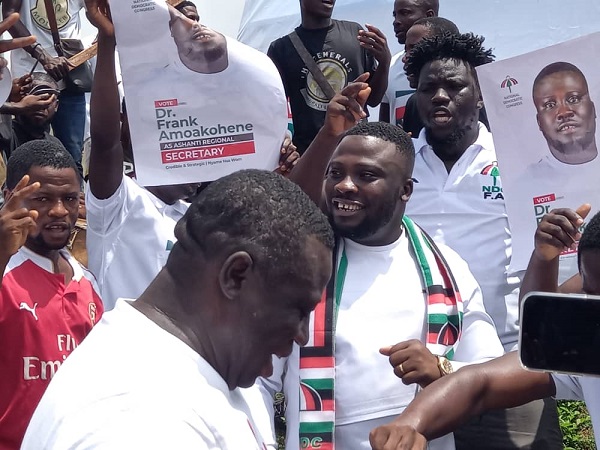 In an interview with Kumasi-based Akoma FM  on Wednesday, he indicated that he is not involved in bribery and encouraged persons alleging to produce evidence.

“I don’t know where these allegations are coming from but I can say that I am not involved in the said allegations and that those leveling allegations should come clear with evidence. I have never given anyone money to vote for me” he said.

He further discounted claims of Dr. Kwabena Duffour sponsoring him to buy votes from delegates.

According to him, he has not aligned with Dr. Duffour and has no intentions to bribe delegates for votes as some people are alleging.

This comes on the back of his contender Kwasi Ofori Agyeman alleged that Amoakohene is being sponsored by Dr. Kwabena Duffour with huge sums of money to bribe delegates for votes.

NDC regional elections would be held between November 12 and 13, 2022.