Majority MPs not performing because of Akufo -Addo - Okudzeto Ablakwa 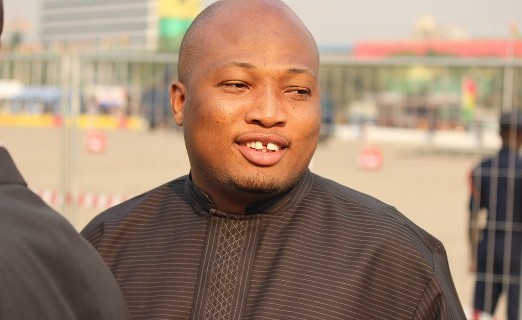 The Member of Parliament of North Tongu in the Volta region, Samuel Okudzeto Ablakwa says Majority Members of Parliament(MPs) are not performing because they want to be in the good book of the President.

The MP's comment comes at the back of a research conducted by the Political Science Department of the University of Ghana indicating that Members of Parliament of the opposition National Democratic Congress (NDC) are said to be performing better than their counterparts from the ruling New Patriotic Party (NPP).

Some 27,500 respondents nationwide who were sampled for a search stressed that the current NDC MPs were outperforming those of the NPP in terms of their duties and performance at their various constituencies.

The questions which covered projects executed by MPs, their relationships with constituents, fulfilment of their campaign promises, as well as their availability and presence in their constituencies placed the minority MPs first.

According to the Okudzeto Ablakwa, the minority MPs are the ones who do a lot of scrutinies, go to the extra mile and research behind the scenes to properly critique government's policies and programmes brought into the house.

Speaking to Joy FM, Mr Ablakwa adviced Members of Parliament to balance their roles as MPs by not sticking to constitutional roles only and that Majority MPs always have the intention of catching the eyes of the President

''Members of Parliament should be well advised to know how to juggle, don't just stick to your constitutional role. Clearly, this research shows that if you are not balancing and advocating for development no matter how people may feel uncomfortable with that, that it is not really a constitutional mandate for a Member of Parliament that is the reality on the ground. That is what the people expect and so you must do that ,'' he added.

Meanwhile, the researchers, Dr Isaac Owusu Mensah and Mr Kaakyira Frempong of the Political Science Department of the University of Ghana said that they expected MPs from the NPP to do better because of the advantage they have of being in government.

However, it turned out to be that, NDC members were doing well, not only in their normal duties but also communicating government decisions and policies to their people.

The report again mentioned a huge decline in support for the ruling NPP in three regions where it has the largest of its seats.

These regions include the Ashanti, Eastern and Greater Accra.

For instance, only 45% of the 44 parliamentary seats of the NPP in the Ashanti region will be retained in 2020 while 47% of the seats according to the respondents will be lost.

The research finally made a recommendation to these MPs and all the others to increase their presence in their constituencies and also increase their level of communication to enhance their chance of being part of the eighth parliament which is yet to come.