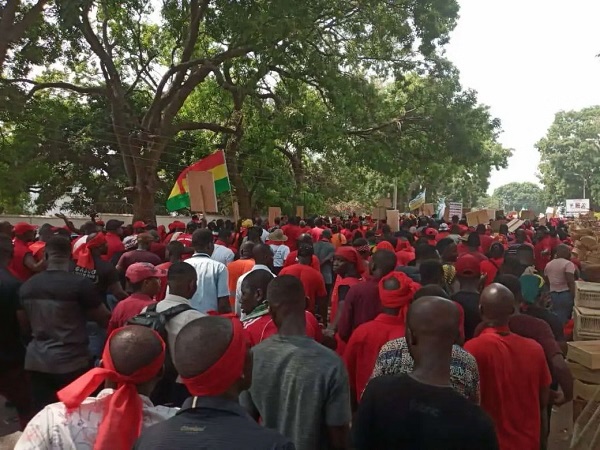 The Interparty Resistance Against the New Voters' Register will soon meet with the officials of the ECOWAS secretariat next.

The meeting forms part of the steps taken by the group to force the EC to abort its decision to compile a new voters register.

Interparty Resistance Against the New Voters' Register has held a series of demonstrations to drive home their demands.

Speaking to Citi FM Founder of All Peoples Party, APC Dr. Hassan Ayariga and also a spokesperson for the group said the meeting to help ECOWAS look into the issues raised and advised accordingly.

"We have sent a petition to them and we are yet to meet with them, probably the week has ended so by Monday or Tuesday we will be able to meet them, ECOWAS as a body which supervises elections and issues of elections in Africa. When they find that there is going to be a challenge and it will cause some difficulties, they need to advise the body, they will look at it from an independent view and I think we need an independent technical IT man to look into the issues of the compilation of this voters' register and advise accordingly.."

A meeting between the EC, the Eminent Advisory Committee and the other stakeholders over the compilation of a new register ended last month inconclusively.

Deputy Information Minister, Pius Enam Hadzide has justified President Akufo-Addo's statement against former President John Mahama over the Voter's Register at the 20th-anniversary celebration of the founding of the Tertiary Students Confederation (TESCON) in the Volta Region, Ho.

According to the Minister, there is nothing wrong with Akufo-Addo's statement on Voter's Register. President Akufo-Addo described John Mahama as a poor, desperate loser. Akufo-Addo also lashed out his predecessor over suggestions that there will be chaos over the EC's decision to compile a new voters' register in the 2020 elections.