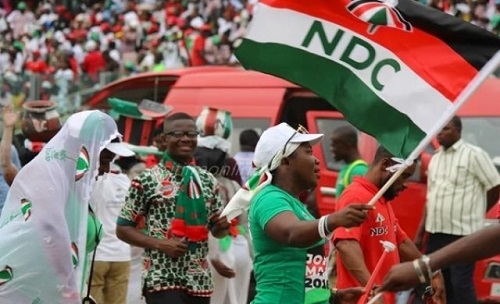 The National Democratic Congress, NDC  has teamed up with other political parties to resist the compilation of new voters' register by the Electoral Commission, EC.

The NDC which was in opposition of the new voters' register has taken the fight a step further teaming with other political parties including the People's National Convention, PNC and United Progressive Party, UPP.

The parties are also expected to hold a press conference this morning to make their plans known to the general public.

According to the director of elections for the NDC, Elvis Ankrah, they will use all the necessary means to resist the new voters' register.

"We will resist it to the last.... whatever it takes politically and legally to ensure that we are not going to spend almost GHS 800 million on a register that we don't need, so what is the problem? we are going to waste money that we don't have? Is it because of procurement fraud or what, we are saying that we will resist that register..."

Justification for the new voters' register

The Electoral Commission, EC said their decision to change the voters' register is to have a more credible one to pave way for a smooth election and avoid issues surrounding the process.

According to the EC, though the current register is credible but has been over-stretched, hence, the need for a new one with enhanced features to protect its credibility.

The EC also indicated that during the exhibition of the voters' register, some people were not captured because of the equipment which was being used during the exercise.

Addressing the media, the Deputy Chair in charge of Operations at the EC, Mr Samuel Tettey stated the need for a new voters' register.

“The current register is credible but it has been stretched to a point where you don’t want to take that same risk. We want to have something that is more credible. If you remember, during the exhibition some of you heard that some people were not captured because of the equipment we are using''.

“This equipment we started using it in 2012…this is the only commission mandated by law to ensure that we run a very credible election, it is our job to make sure that going into a very major and partisan election you have what it takes.”

The Electoral Commission in March 2019 announced it will compile a new voters’ register after an Inter-Party Advisory Committee (IPAC) meeting.