NDC wants to 'cause fear and panic', they should provide evidence of NPP thugs at Asutuare - Dep. Defence Minister 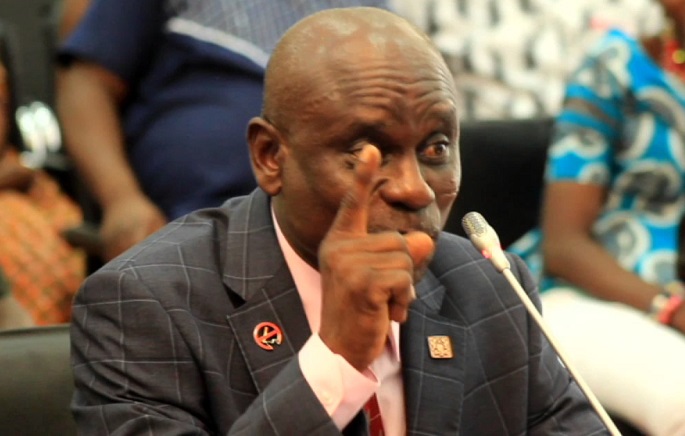 Deputy Minister for Defence Major Derrick Oduro says the National Democratic Congress (NDC) wants to cause fear and panic after alleging that the New Patriotic Party (NPP) is training thugs at Asutuare to cause mayhem during the 2020 elections.

The NPP have denied these claims but the NDC insist that is not the case and the training is currently ongoing.

This has for the past few days become a political war of words but Mr Oduro believes this is only a plan by the NDC to cause fear and panic.

He charged the opposition party to provide evidence to back these claims and report the matter to the police.

"I have not seen anything and I know what NDC can do, have they brought pictures of military instructors at Asutuare training these thugs, there is nothing going on at Asutuare, this is a baseless accusation and they are only throwing dust into the eyes of the people. What they want to achieve is to cause fear and panic. If they think they have evidence they should hand it over to the police because it is criminal to train vigilantes in Ghana when a law has been passed, he told Joy FM.

It will be recalled that flagbearer of the NDC John Mahama last week accused the NPP government of training vigilantes to disrupt the 2020 polls.

Speaking to executives of the Ghana Journalists Association who had gone to pay a courtesy call on him he said: “I remember at the time of Ayawaso West Wuogon, there was a letter that came out asking party executives to bring able-bodied people to be trained as security''.

“Since then, we have evidence that those people have been to Asutuare and trained in batches over and over again in all kinds of combat techniques and other things.”

The NPP have denied these claims but the NDC in a press statement yesterday insist what Mahama said was the truth.