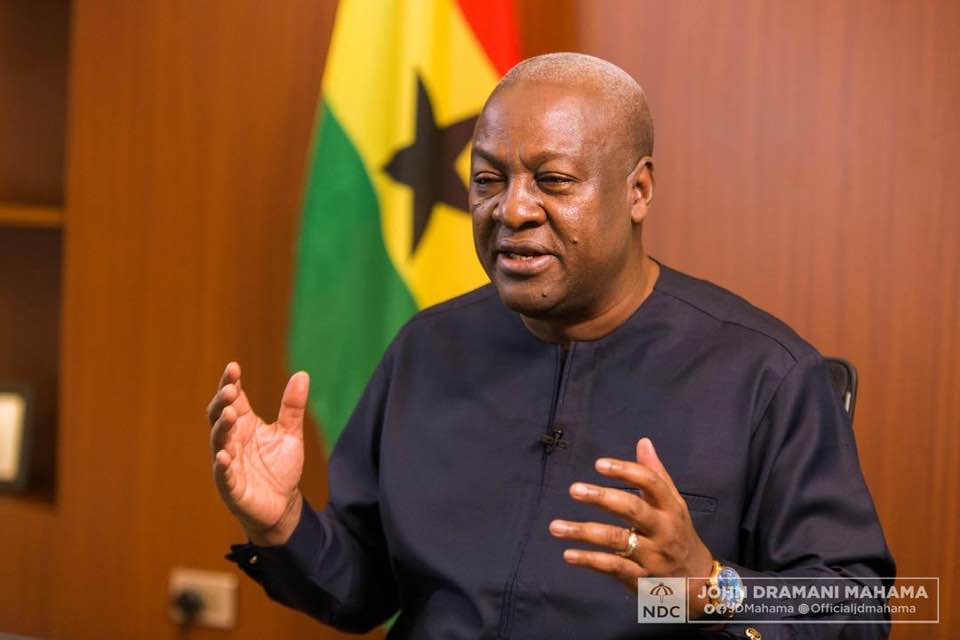 Flagbearer of the NDC John Mahama says the party is deeply disappointed and strongly disagree with the ruling of the Supreme Court over the compilation of the new voters' register.

John Mahama in an address yesterday said, "Despite the well-reasoned reliefs we sought, the apex court of the land gave the leeway for the Electoral Commission to go ahead with the exclusion of the existing voter identification cards from the list of identification requirements."

"We are deeply disappointed and strongly disagree with the court over this outcome, which has confounded many legal experts and thrown the country into a state of confusion," he added.

He stated that the legal team of the party is examining the decision as they await the full judgement.

This means that the EC can go ahead with the compilation of the register without any interference.

The EC had argued that the existing voter register which was compiled in 2012 and revised since by limited exercises has been held by the apex court as not being reasonably credible.

The commission further says not using the Voters ID and birth certificate will afford it an opportunity to compile a credible register.

Deputy Attorney General Godfred Yeboah Dame urged the apex court not to impede the EC’s quest to obey the law. He says the EC has admitted to training its officers not to obey a constitutional instrument and that was enough evidence to support the view that the current card cannot be used in the registration exercise.

The court in its decision held that the EC is an independent body and will only be directed by the court if it acts contrary to law.

There was disagreement between the NDC and the AG’s office over whether or not the court allowed the use of the existing voters ID card.

The AG’s office, however, holds a contrary view.