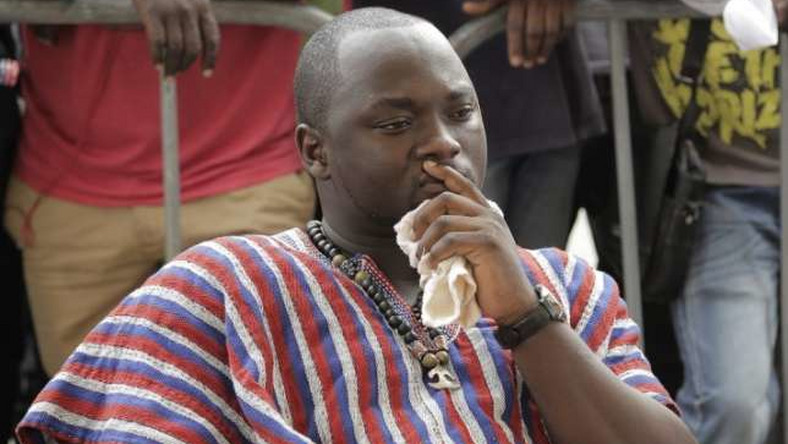 The General Secretary of the New Patriotic Party (NPP) John Boadu has disclosed that their former Chairman for the Klottey Korle constituency, Nii Noi Nortey has written to the party to rejoin but that has been deferred for now.

The leadership of the New Patriotic Party (NPP)  have not been happy with Nii Noi Nortey since 2016.

Mr. Nortey after losing the NPP Parliamentary primary in the Klottey Korle constituency to Philip Addison forfeited his membership and went as an independent candidate but lost to Zanetor Rawlings of the National Democratic Congress (NDC).

Many party supporters blamed the NPP's lost on Nii Noi Nortey for dividing the votes of the NPP.

Mr. Boadu speaking on Asempa FM's Ekosii-Sen on January 20,2019 revealed that Mr. Nortey has written to the party pleading to rejoin but they have not paid attention to that yet.

He said he can not benefit from wrongdoing and the national council will visit the issue after the party's upcoming primaries.

"Nii Noi Nortey forfeited his membership and wrote to us to rejoin but we have not even discussed that yet, the national council after our primaries will sit on that case. If you are with the party and lose a primary but you go ahead to contest as an independent candidate, then we can't trust you at all. I called Nii Noi to be part of my operations team after his loss but he decided to contest as an independent candidate. The amnesty will come after our primaries because we can't allow you to profit from wrongdoing"

The NPP has planned to hold Parliamentary primaries in areas where it has sitting Members of Parliament (MP) on April 25, 2020.

The NPP has I69 sitting Members of Parliament out of the total 275 seats in Parliament.

The party has already elected more than 95 Parliamentary candidates who would be contesting on its ticket in orphan constituencies [areas the party does not have sitting MPs].