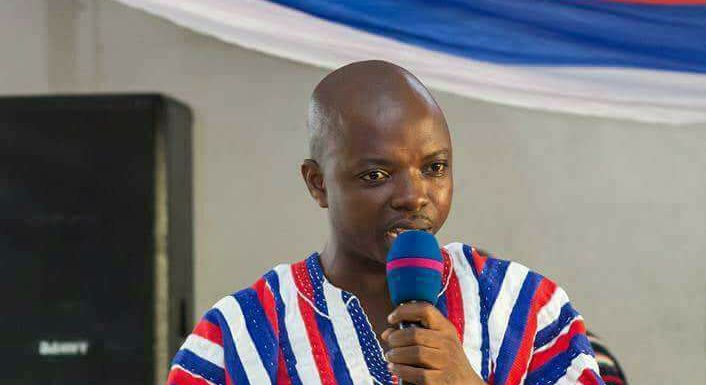 Former Brong Ahafo Regional Youth Organiser of the NPP Abronye DC has been elected as the first vice chairperson of the party in the region.

The newly elected Brong Ahafo regional first vice chairman Kwame Baffoe also known as Abronye DC beat off stiff competition from four other aspirants having polled 407 out of the 556 votes to secured the position.

In the same election, the former Brong Ahafo regional NPP Vice Chairman, Thomas Adu Appiah was elected as the Regional Chairman of the party. He polled 282 votes.

There was uproar at the grounds of the New Patriotic Party (NPP) Brong Ahafo Regional executives’ election due to a court injunction.

For more than two hours, an uproar of the “we shall vote" by the contestants and the delegates shook the walls of the conference hall.

This did not go down well with the stranded delegates and contestants gathered for the voting.
However, the Chairman of the Elections Committee for the party in the region, Kwasi Adu Gyan, in a statement called for the elections to commence, saying the interest of the party was supreme despite calls by the Sunyani East MP, Kwesi Ameyaw-Cheremeh to hold on following the application of injunction.

Below are the election results.