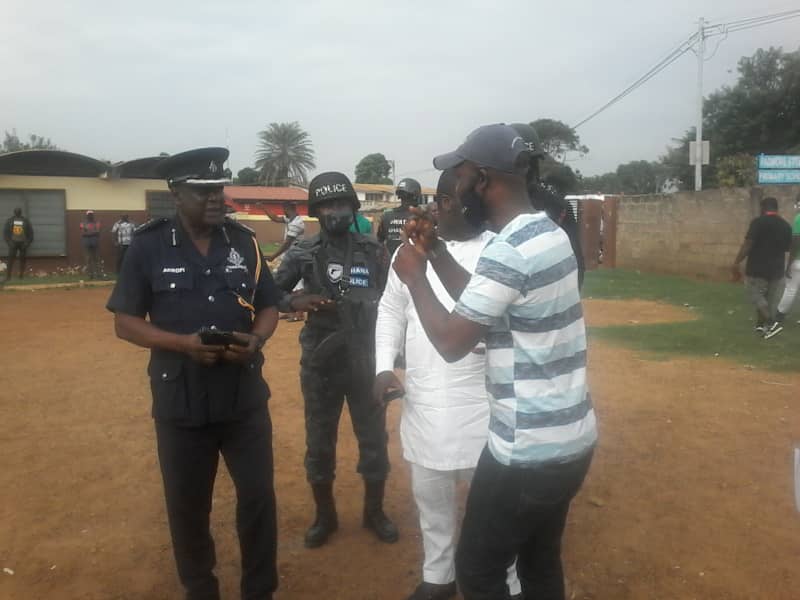 An agent for one of the aspirants in the NPP's parliamentary primaries at Effiduase- Asokore Kwame Adom-Appiah has been arrested.

The agent identified as Atuanor is said to have engaged the delegate in a fistfight before the police-military team arrived to pick him up.

He claimed the name of the delegate, who is the coordinator for Akwamu was not in the main album so he will not allow him to vote.

Kwame Adom Appiah is also said to have been beaten mercilessly by soldiers.

READ ALSO : NPP primaries: There will be no losers or winners - Akufo-Addo

Mr Adom Appiah, who spoke to the media explained that blood was oozing all over his face after the military personnel hit him with the butt of their guns.

Mr. Adom Appiah said that he had picked up information that one of his agents had been arrested for protesting an anomaly in the election register, and had been sent to the police station.

Upon arrival at the station to inquire what led to his agent’s arrest, he realized that the said agent had been put in handcuffs.

Shocked as to how a mere protest could warrant handcuffs, Lawyer Appiah asked if it was necessary to use such extreme measures.

According to him, this is all he said that landed him slaps and kicks from the military personnel, without any regard for his position as a candidate and the Deputy Regional Secretary of the Ashanti NPP.