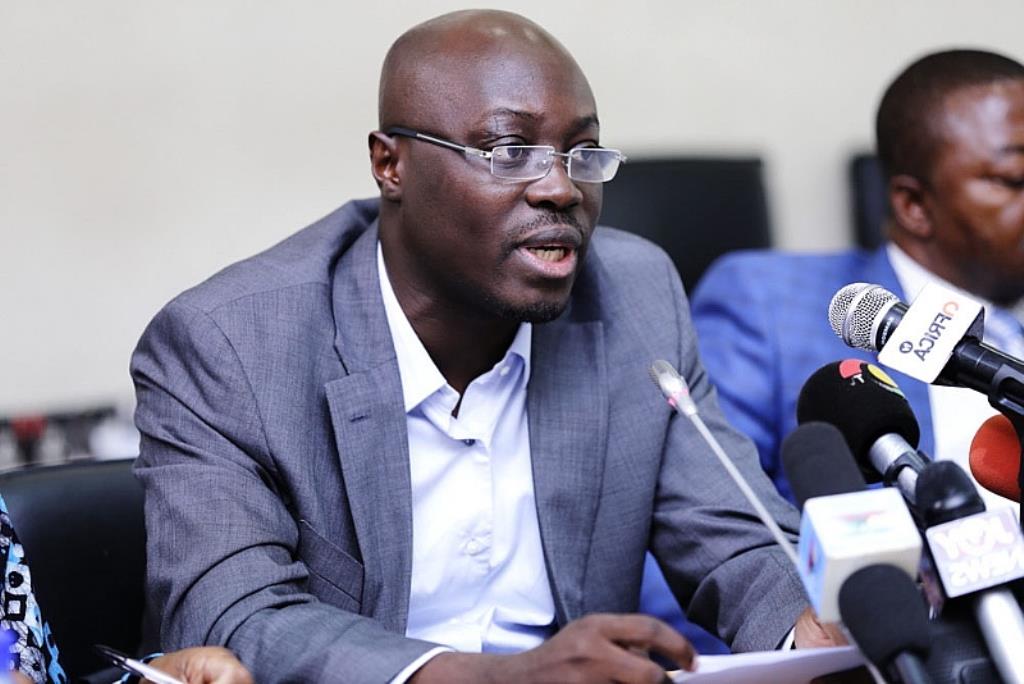 Minority spokesperson on Finance, Cassiel Ato Forson has hit out at government after Minister for Finance, Ken Ofori-Atta presented a report to Parliament on government’s decision to trigger section 30 (6) of the Bank of Ghana Act on Thursday, May 28, 2020.

Mr Forson, says the Minority will resist what he calls government’s ploy to obtain state funds for election 2020 campaign.

Mr Ofori-Atta the Finance Minister on the floor of Parliament on May 28, 2020, said that this is to help the government obtain GHS10 billion in domestic financing from the Central Bank to deal with the economic challenges occasioned by the Coronavirus pandemic.

While speaking the Finance Minister said that the Bank Of Ghana has already advanced GHS5.5 billion to the government this month to meet its financial obligations.

Mr Ato Forson after the session addressed the media and said this is a clear ploy to use the monies to fund the New Patriotic Party's (NPP) 2020 election campaign.

“We the members of the Minority will resist this because we think they are only using it to finance election promises particularly the election year expenditures. We think that this is avoidable, a waste and it should not be allowed.”

“We want to serve notice to the Minister of Finance that we are going to oppose this. We will not allow him because already they have breached the threshold and clearly what he is doing is not allowed. I heard the Minister and some other commentators saying that it’s being done in other countries but we cannot compare ourselves to England neither can we compare ourselves to America. They have low inflation already and we cannot copy blindly,” he insisted.

This he said is illegal and could further increase the levels of inflation in the country.

“The Bank of Ghana has started printing money for the government- financing government operations. As we speak, they have printed 5.5 billion Ghana cedis for government and the Governor sounded as part of the monetary policy committee meeting that they are going to even print more. Do you know what it means? It is inflation and inflation steals from you and me.”

“I want to caution him that they should stop financing the Ministry of Finance against the law. We want to caution the Governor of the Central Bank that there are consequences to his action. If today he is not questioned, tomorrow he will be questioned. Parliament will not sit aloof for him to disregard the acts of this country. I will personally write to the Chairman of the Finance Committee to hold the Governor of the Central Bank to appear before Parliament and give us reasons why he has decided to disregard the Act of Parliament and do things contrary to what is in law at his own will. That should not be allowed to happen,” he said

Minority Leader Haruna Iddrisu says this is an unlawful act because the government will be boring indiscriminately.

He has also vowed that the Minority will never support this and advised the government to rescind their decision.