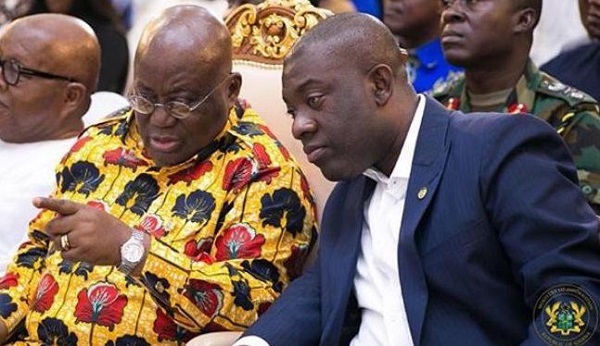 Minister for Information, Kojo Oppong Nkrumah has reacted to the recent comment made by President Akufo-Addo on 'galamsey kingpin' Aisha Huang.

President Akufo-Addo in an interview with Stone City FM, a Ho-based radio station, as part of his tour of the Volta Region expressed doubts whether Chinese illegal miner Aisha Huang was deported from Ghana in 2018 as he has no confirmation on the actions taken by state actors.

“I’m not still sure whether she was in fact deported, or whether she fled the country the first time and has now come back. There still seems to be some uncertainty about it,” he said.

“But whichever way it is, she’s become the sort of nickname for all that galamsey represents”, he said.

"I am not sure whether Aisha Huang was deported from Ghana or she fled the country" - President Akufo-Addo pic.twitter.com/i54TmCsVUx

Reacting to the President's comments, Kojo Oppong Nkrumah said there is a reason why the Akufo-Addo is unsure whether the notorious galamsey queen was deported or she fled.

According to Oppong Nkrumah, 'the reason for the President's comment is that there is a difference between deportation and repatriation.

"Prez Akufo Addo has never said he isn't sure if Aisha Huang left Ghana. Please quote him well. He said he wasn't sure whether she was deported or she fled," he wrote on Twitter.

The reason for the President's comment is that there is a difference between deportation and repatriation.

While the Minister for Interior can deport, the Immigration Service cannot.

The instrument which the Immigration Service uses in such circumstances is a repatriation notice.

Either way, the effect was that she was caused to exit from Ghana at the material moment." 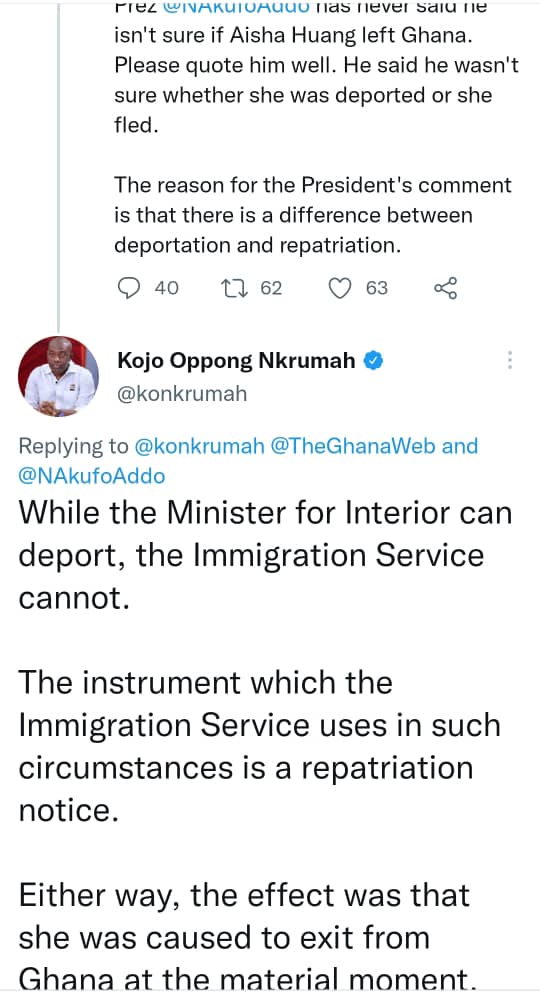 Before being arrested on September 5, 2022, Aisha Huang was said to have been deported in 2018 because of her illegal mining activities.

The deportation was criticised as many felt she should have been prosecuted instead.

Meanwhile, Akufo-Addo has given Attorney General and Minister for Justice, Godfred Dame his full support to prosecute Aisha Huang following her re-arrest for engaging in illegal mining.

The President also urged the Judiciary to ensure that Aisha Huang is subjected to the full punishments as enshrined in the minerals and mining Act as amended ACT 2019 (ACT 995).