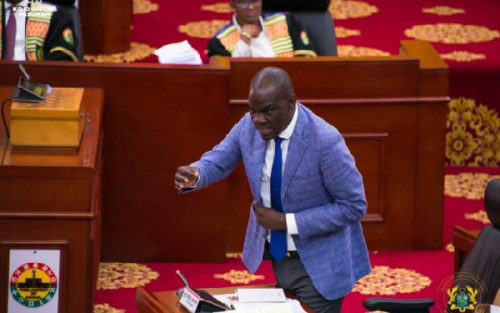 Parliament has thrown its support behind the executive to deal decisively with attempts by secessionist to declare the independence of Western Togoland.

Minority Leader said President Akufo-Addo can be rest assured that they support efforts of a united Ghana.

He urged both factions of the house to fully support the fight against the Western Togoland group.

"Presidential and Presidential elections have become part of our democratic rituals and we need to demonstrate to the world that our democracy is strong and it will continue to be a template for many to the World. We all must work to protect the stability and unity in our country. There is a turn in the stability of Ghana in the Volta Region. The President can be assured that he has the full support of the house to deal decisively, ruthlessly with the threat to our country, we can't afford a disunited Ghana, he is campaigning to lead a united country and Mahama is doing same, so we will support the President fully as Commander in Chief to contain the imminent threat to Ghana and particularly in the Volta Region.

It has emerged that, 66 suspected criminals have thus far been arrested over suspicions of secessionist attacks in the Volta Region, Deputy Information Minister, Pius Enam Hadzide has confirmed.