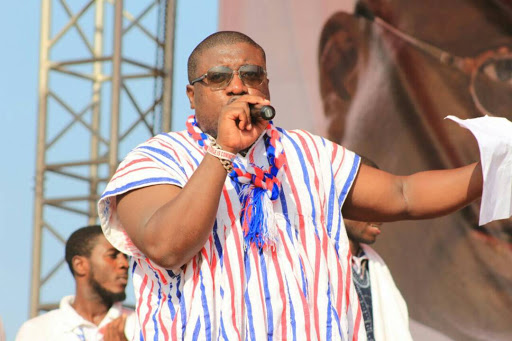 The Youth Wing of the National Democratic Congress (NDC) has challenged the leadership of the New Patriotic Party (NPP) to call their National Youth Organizer Henry Nana Boakye aka Nana B to order.

The NDC youth says they have received reports that he meted out some unsavory words against NDC flagbearer John Dramani Mahama.

In a release, the NDC youth cautioned the NPP to be responsible for their utterances but if they decide to make the 2020 elections insults and vitriolic attacks, they will meet them 'boot for boot'.

The Youth Wing of the National Democratic Congress (NDC) has received and confirmed same, reports of unsavoury words used against the person of the Leader and Flagbearer of our party, HE John Dramani Mahama by the National Youth Organizer of the New Patriotic Party, Henry Nana Boakye AKA Nana B.

We make an exception of not responding to wild men on the loose with blabber mouths to react to this especially as his commentary was laced with deceit, half truths and his own interpretation of whatever scenario he pictured in his mind of HE John Mahama's words.

But this is not new to us, Nana B and his party, led by the President, Nana Addo Dankwa Akufo Addo and Vice President, Dr Mahmoud Bawumia have made it their modus operandi to slight the former President at any given instance.

HE John Dramani Mahama in his right as a former President, Leader of the opposition party admonished the Electoral Commission and it's Chairperson to be wary of embarking on activities that will plunge this nation into electoral violence as they will be rightly held responsible for that. How that turns into "irresponsible and reckless' comment according to Nana B beats imagination.

The former President was emphatic and concise as he spoke in Twi, a language which offers no ambiguity and misrepresentation. He never mentioned chaos or anarchy, neither did he call for conflicts or violence of any kind.

It is therefore surprising for a whole National Youth Organizer of the NPP to miss this sound counsel and go to town with his own interpretation of what President John Mahama said. This says a lot about his party and how they have allowed the culture of insults to permeate their ranks. If the NPP has any virtue left in them, their elders will call him to order.

The NDC is a party made up of young people who take great care to be decorous in their public utterances. We are well aware that imploring him to retract and apologize will not amount to anything but we are giving him the benefit of doubt. And we serve notice that we can equally reply in same measure. If the NPP intends to make this elections about insults and vitriolic attacks, then we will meet them "boot for boot".

Calling President Mahama names will not win the elections for the NPP. The Ghanaian people will decide if the politics of corruption, cronyism, nepotism, state capture, flying excavators and using Galamsey money to enrich party functionaries is better than unprecedented achievements in infrastructural development, education, health and shared prosperity for all Ghanaians.