Referendum: NDC gives 10 reasons why Ghanaians must vote 'NO' 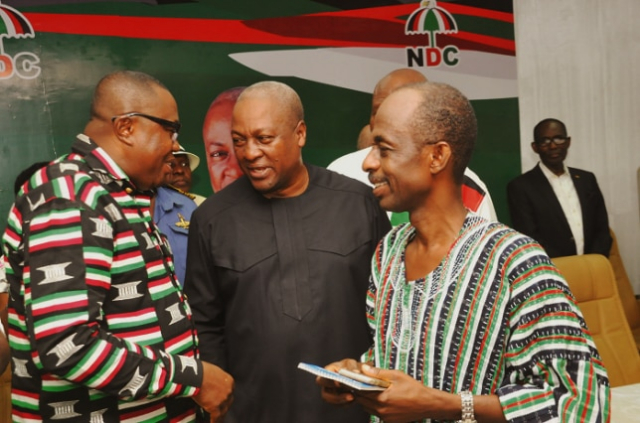 The National Democratic Congress (NDC) is pushing for a 'No' vote agenda in the upcoming referendum.

The NDC on November 12, 2019, held a press conference and their Chairman Samuel Ofosu Ampofo said the local government system should remain non-partisan and that individuals should contest the District Assembly and Unit Committee elections on their own merit.

Today November 19, 2019, they have given 10 reasons why Ghanaians must vote 'No' in the referendum.

ON THE IMPENDING DECEMBER 17TH REFERENDUM

WHAT YOU NEED TO KNOW

* The December 17th Referendum is not about whether or not MMDCEs should be elected. Rather, it is about allowing political parties to sponsor candidates in unit committee, assembly member and MMDCE elections.

10 REASONS WHY EVERY GHANAIAN MUST VOTE NO

1. Vote NO to avoid the needless political divisiveness and rancor at the local level, and rather promote unity and cohesion at the local government level.

2. Vote NO to deepen stakeholder consultations and consensus-building for development at the local government level. This is what propels the development of local communities, not political grandstanding.

3. Vote NO for a less expensive and a less monetized election system at the local government level. Local politics must not be the preserve of the highest bidder and those with moneybags.

4. Vote NO to encourage competent Ghanaians who don’t want to be tagged with partisanship to participate in governance at the local level.

5. Vote NO to avoid the party whip system and protect the independence of Assembly and unit committee members in decision-making at the local government level.

6. Vote NO to ensure the continuity of developmental projects at the local government level in the supreme interest of the community. The phenomenon of abandoned projects will only get worse if a YES vote is entertained.

7. Vote NO to deepen accountability of Assembly and unit committee members as well as elected MMDCEs to the people at the local government level.

8. Vote NO to avoid an expensive and exclusionary political primaries system which will produce mainly the affluent, the educated etc. as assembly members and unit committee members.

9. Vote NO to avoid inimical partisan acrimony which sometimes prolongs even after elections, and ensure civility and decorum in local government elections.

10. Vote NO for community-interest decisions and not parochial partisan decisions at the local government level. Long before parties were formed, communities existed and governed themselves.

CONCLUSION: Enough of the extreme partisanship that ails Ghana’s development at the national level. VOTE NO TO PROTECT GHANA’S LOCAL GOVERNMENT SYSTEM FROM DESTRUCTION. Ghana first!