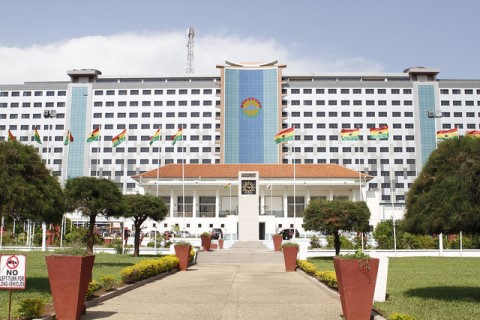 The selection of the incoming Speaker of Parliament should be focused more on the quality of the prospective candidate and not where he or she is coming from, Dr Rasheed Draman of the Parliamentary Centre has suggested.

The choice of a new speaker of parliament has made a lot of headlines this week with former first deputy speaker and now acting National Chairman of the New Patriotic Party (NPP) Freddie Blay, former second deputy speaker Professor Mike Aaron Ocquaye; outgoing MP for Sekondi, Papa Owusu Ankomah; and current second deputy speaker, Joe Ghartey reportedly in the run for the post.

With president-elect Nana Addo Dankwa Akufo-Addo coming from the middle belt and his vice, Dr Mahamudu Bawumia from the North, reports have cited the need for a southerner in order ensure regional balance as the main reason why the search has been limited to the four persons listed above.

But speaking in an interview on Joy FM on Friday, Dr Draman was of the opinion tthat the idea of regional balance as the criteria was wrong as it was likely to sacrifice quality.

"I don't buy into the idea of regional balance. Sometimes we push that too much and end up sacrificing quality for a kind of elite settlement mathematics"

Giving his outfit's criteria for the selection, he said the person to be chosen must have solid leadership skills; be fiercely independent; be guided always by his or her conscience and the interest of the nation; have a very deep understanding and interpretation of both the constitution and the standing orders; understand how our parliament works; be analytical and fair-minded with the ability not to stifle debate and dissent; and be a reform-oriented manager who has an eye on legacy.

"Looking forward, the person must be someone who would work to decouple parliament from the Executive to ensure a clear separation of powers between the Executive from the Legislature", he added.

According to him, the NPP "must consider these factors and select anyone who fits the bill irrespective of where the person comes from".

"We just need quality and good leadership to ensure a good institution that will work for all of us", he emphasised.