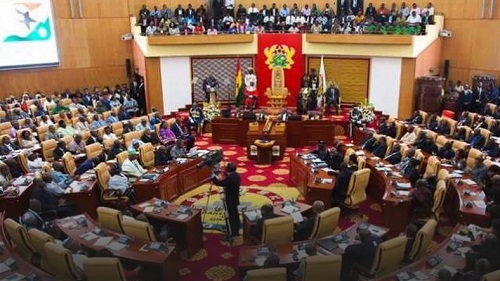 Speaker of Parliament, Prof Aaron Mike Oquaye, wants the Deputy Fisheries Minister and the Chief Director of the ministry before the House to answer questions on behalf of the substantive Minister.

The Speaker wants the government officials in Parliament before Thursday’s adjournment.

The sector Minister, Naa Afoley Quaye, was scheduled to appear before the house to answer key questions about her Ministry but she failed to show up.

The Majority Leader, Osei Kyei Mensa-Bonsu, explained that the Minister was out of the jurisdiction, the reason for her absence.

But the Speaker who did not take lightly to the persistent absence of the said Minister rather directed that two senior officers of the Ministry be brought to the House to answer questions on her behalf.

He believes it will serve as a deterrent to Ministers who fail to appear before the House without any official communication.

The Speaker has thus suspended sitting for an hour so the Deputy Minister and the Chief Director can appear before the parliamentarians and answer the questions.

As at 12:15 pm when Parliament prepared to resume, the two officials were still not in the august House.