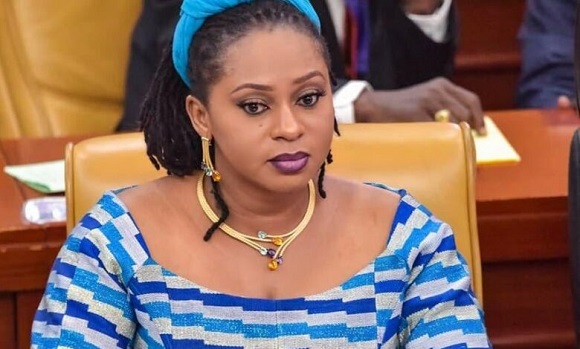 The Speaker of Parliament, Alban Sumana Kingsford Bagbin, is expected to give ruling on the absenteeism case, involving the Member of Parliament (MP) for Dome-Kwabenya, Sarah Adwoa Safo, today, Wednesday, October 26, 2022.

This follows the MP’s failure to honour an invitation from the Privileges Committee on her continuous absence from Parliament.

Rt. Hon Alban Bagbin announced plans to rule on the matter during his opening remarks in the house on Tuesday, saying “I will be delivering my ruling on the preliminary objection on the motion that was before us on the last day of the last meeting”.

But the Majority Leader, Osei Kyei-Mensah-Bonsu urged the Speaker to make the determination in accordance with the law.

“We can only wait for the ruling, which I want to believe will be very erudite and in sync with the constitution”, he suggested.

Before Parliament went on recess in July, Rt. Hon. Alban Bagbin deferred his ruling on whether the Dome-Kwabenya seat should be declared vacant or not following her failure to honour a meeting by the Privileges Committee on her continuous absence from Parliament.

Adwoa Safo is one of three members of Parliament who were called before the Privileges Committee for being absent from parliamentary duties without any reason, beyond the permissible period.

Even though the two other MPs, Kennedy Agyapong, MP for Assin Central, and Henry Quartey, MP for Ayawaso West, appeared before the committee, the Dome-Kwabenya legislator failed to honour the summons.

She attributed her long absence from Parliament to family issues, saying, among other things, that her son was unwell.

She was recently sacked by the president from her portfolio as Minister of Gender, Children and Social Protection.