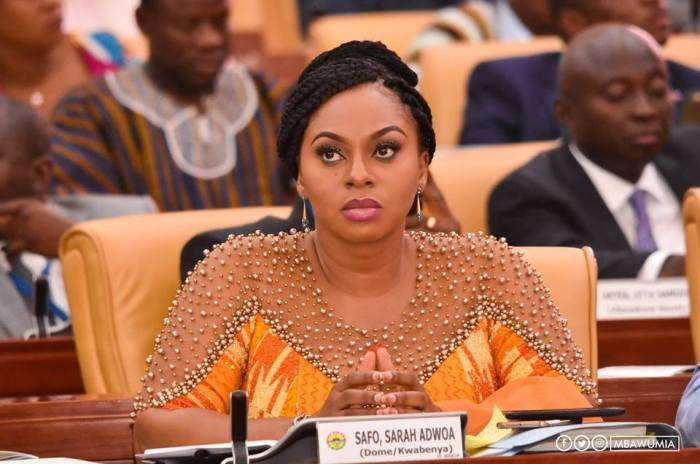 The Former Minister for Gender, Children and Social Protection and Member of Parliament for Dome Kwabenya, Sarah Adwoa Safo has expressed gratitude to President Akufo-Addo for giving her the opportunity to serve as a minister.

Adwoa Safo was been sacked from her role as Gender Minister by Akufo-Addo in July after her long absence from work due to what she claimed as family emergencies.

In a letter sighted by Primenews, the Minister stated all official logistics has been handed over to the administration of the ministry.

“On Friday, 29 July 2022, I handed over all official assets to the administrator of the ministry. It is with profound gratitude that I express my utmost appreciation to you for the opportunity to serve as a minister in the time of your government” it stated.

The letter further stated the decision by the President will be of massive help to her in discharging her duties as an MP.

“This development is an opportunity that will afford me more time to concentrate on Parliamentary responsibilities, constituency engagements as well as consolidate the gains made by government at the constituency level in the quest to break the eight” it added.

On July 28, 2022, the Minister for Gender, Children and Social protection, Sarah Adwoa Safo has been sacked from her role by President Nana Akufo-Addo.

A statement signed by the Director of Communications at the Presidency, Eugene Arhin said the President in accordance with article 81 (a) of the constitution revoked the appointment of Adwoa Safo, who is also Member of Parliament for Dome Kwabenya.

The decision by the President came at a time when Parliament was debating her continuous stay in the house after absenting herself for more than 15 sitting days without approval from the Speaker of Parliament. 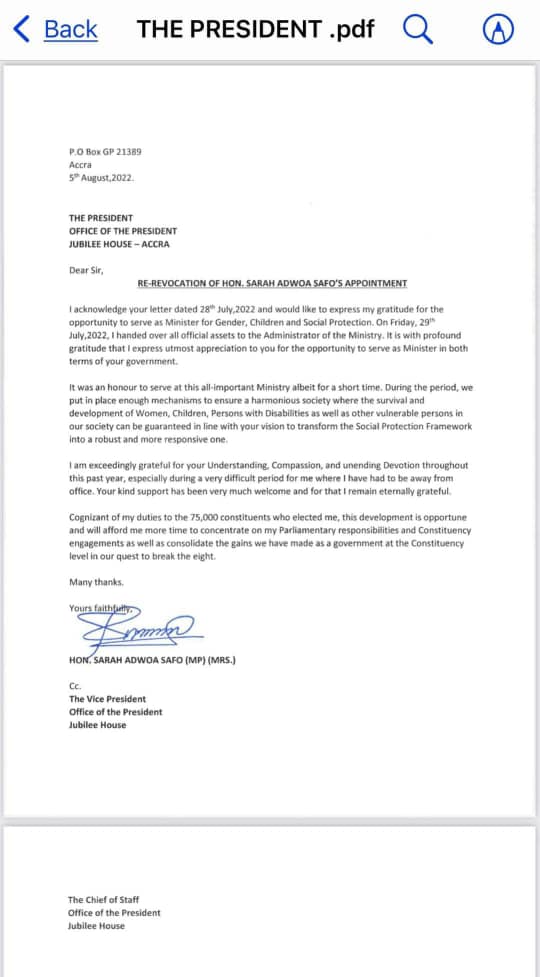