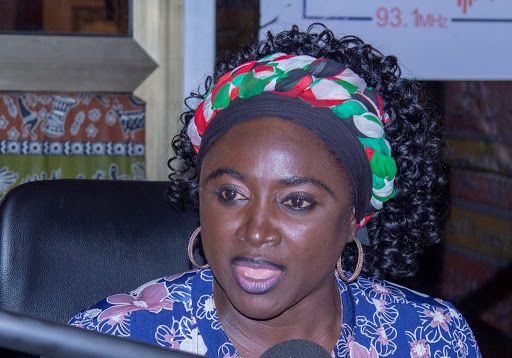 Former Deputy Minister for Food and Agriculture Hannah Bissiw has refused to sign the EC's official document after losing the Tano South seat.

Bissiw lost the same seat in 2016 and was hoping to win it this time but has lost again.

After the close of polls, the EC disclosed incumbent Sekyere Yeboah Benjamin of the NPP as the winner.

He polled 22,034 while Hannah Bissiw polled 19,731 but before the EC declared the results, Ms Bissiw raised objection to some of the results given.

She said the results her agents presented to her conflicted with that of the EC and she demanded a recount.

The EC said that should have been done at the polling station and not the collation centre.

There was a consensus as the EC asked Ms Bissiw and her team to present their results but they did not do so and the returning officer went ahead to declare the results.

She has so far refused to sign the document and insisting on a recount.