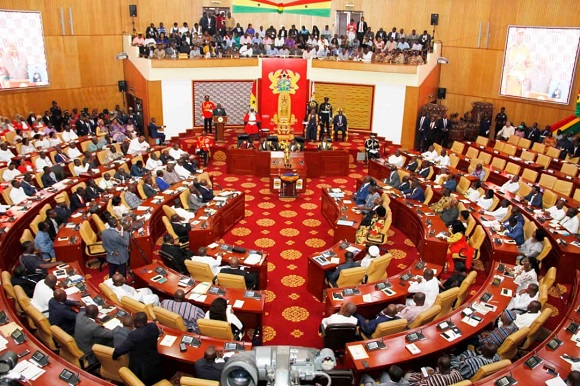 The Majority in Parliament on Thursday, December 8 staged a walkout to avoid taking part in the secret ballot for the Censure Motion against Finance Minister Ken Ofori-Atta.

The Majority Leader, Osei Kyei-Mensah-Bonsu washed his hands off likewise his colleague Members of Parliament bringing the entire process to an abrupt end.

Indeed, the minority had marshalled all their members and whipped them into line waiting to upset the majority and remove the finance minister from office.

Despite their walking out, the Speaker, Alban Bagbin, ordered for a secret ballot in accordance with Standing Order 105 and Article 104(4) of the 1992 constitution on the processes of removing a minister through a censure motion.

In his defence, the Finance Minister rejected allegations of conflict of interest and gross mismanagement of the economy levelled against him by the Minority caucus in Parliament.

He said he had done nothing wrong and described the allegations against him as witch-hunting.

“If I say I am innocent they [the minority] won’t believe me and if I ask for the truth and proof, they won’t be able to provide it. I have committed no crime,” Mr Ofori-Atta insisted on Thursday.