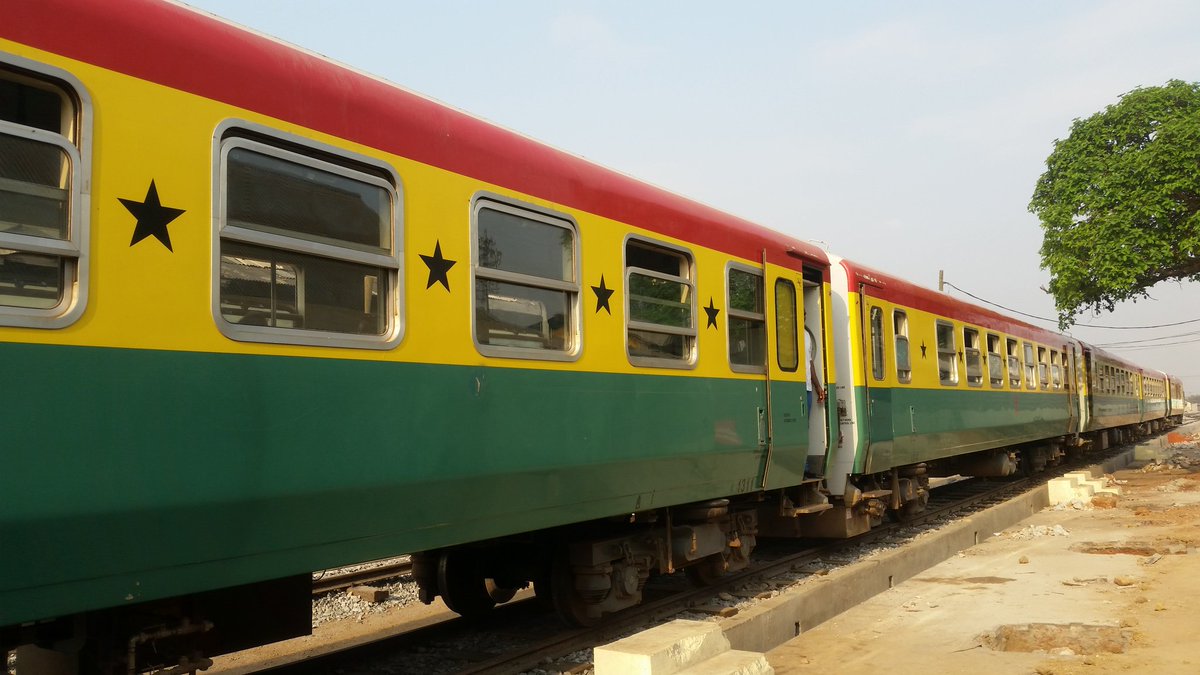 President Akufo-Addo has reiterated his government's commitment to building a first-class railway network in the country.

According to him, government's aims at revamping the railway sector which has deteriorated over the years since colonial rule ended in Ghana.

Addressing workers of the Ghana Railway Company Limited (GRCL) at the Diesel Multiple Unit (DMU) workshop shed in Tema as part of the last day of his three-day tour of the Greater Accra Region, President Akufo-Addo said a lot has gone wrong in our country after we got independence, but one of the worse is to have allowed the nation’s railway infrastructure to deteriorate.

“The British left us a functioning railway system, we didn’t look after it, and we allowed it to deteriorate. For this part of the twenty-first (21st) century, a major responsibility is on you, on me, my successors, to rebuild the railway infrastructure in our country” President Akufo-Addo stated.

Minister responsible for Railways Development, Joe Ghartey, in his remarks, noted that by 2023, Ghana must have a viable railway sector that will meet the transportation needs of the citizenry.

He further indicated that over ten (10) coaches which were to be scrapped were rehabilitated in the workshop where the gathering was being held by the hard working GRCL workers.

“In 2016, over hundred coaches were sold as scrap. In 2017 we decided that we would review the policy of selling coaches as scrap and we will see whether it is possible to refurbish some of the coaches. A brand new coach Mr. President cost about five hundred thousand dollars ($500,000.00), the cost of refurbishing is about fifty thousand dollars ($50, 000.00). Out of the twenty seven (27) coaches that were left after over hundred were sold as scrap, we have repaired ten (10)” the Railway Minister said.