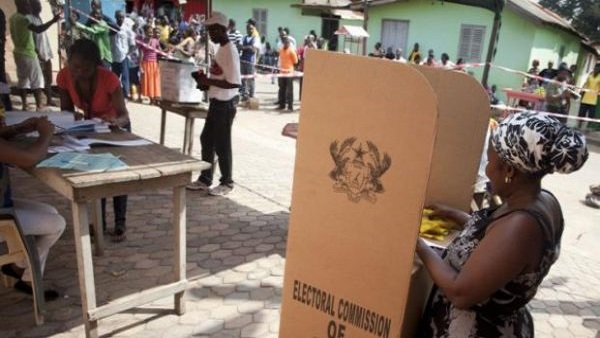 The Electoral Commission will be organizing District Level Elections and Referendum to amend article 55(3) of the 1992 Constitution.

Within what time frame will the elections take place?

What is the Referendum about?

The referendum is in fulfilment of the 1992 Constitutional requirement for the electorate to approve or reject a question as to whether Article 55(3) should be amended to introduce multi-partisan system into local level election.

Please, take note of the following: it is not an election of MMDCEs. It is to approve or reject whether multi-partisan system should be introduced into local level elections or not.

Article 55(3), which is an entrenched clause of the 1992 Constitution prohibits partisan participation in Local Level Elections

Presently the constitution prohibits political parties from sponsoring a candidate, the use of existing political party symbols, and canvassing for votes on the platform of a political party on District Level Elections. The 2019 District Elections, which comes off on 17th December 2019, will follow the format as presented above.

What is an entrenched clause?

An entrenched clause is protected by the constitution and cannot be amended; except the electorate approves so by a general vote of registered qualified voters.

What is the process of approval by the electorate?

The 1992 Constitution of the Republic of Ghana stipulates, that 40 percent of registered and qualified voters turn out to vote, and 75 percent of the votes cast be in favour of the referendum question.

Apart from Article 55(3), does the Constitution allow for any other Articles to be amended?

Yes, a few other Articles are eligible for amendment. But the most important one for the moment, is Article 243(1).

Article 243(1) gives the mandate to a sitting President to appoint a Metropolitan, a Municipal and a District Chief Executive.

Article 243(1) is not an entrenched clause. As such, it will be amended in Parliament to allow the election of MMDCEs on the basis of Universal Adult Suffrage.

This means, that both articles of the 1992 Constitution [when amended] will allow for candidates standing for District Level Elections to be sponsored by political parties.

So when will the bills be ready for Amendment?

Both bills have gone through the mandatory 6 months of gazetting and will be amended before the ending of the year 2019.

So when can candidates be sponsored by political parties, use party symbols and stand and be voted for on multi-partisan basis?

What happens, if the electorate does not approve the proposed amendment of Article 55(3)?

It only means Ghana will continue to vote on non-partisan basis in Local Level Elections.

What if Parliament approves the amendment of Article 243(1)?

It will mean, that any President will not be able to appoint MMDCEs anymore. MMDCEs will now be elected by citizens.

What will be the effect, if votes cast are in favour for the amendment of Article 55(3)?

Political Parties can participate in all PUBLIC ELECTIONS ( including Local Government Elections )
Candidates in any Local Level Elections may use the name of a political party, it's motto, it's slogan or it's symbol to canvas for votes and the results announced in the name of the said political party.

A political party is also eligible to endorse or sponsor a candidate of preference.

Political parties, as a consequence may also canvass for votes.

A political party is eligible to campaign for or against any candidate presented to contest the elections.
An independent candidate is also eligible to stand for elections.

So what is the Public Education Campaign about?

The campaign is meant to
educate the public on what shall take place on December 17th 2019.

What are Districr Level Elections elections?

District Level Elections refers to District Assembly Elections and Unit Committee Elections. Such elections are held every four years. The last DLE were held in 2015. The tenure of the current Assembly Members shall expire by 2019.

This calls for fresh elections to elect new or retain Assembly and Unit Committee members.

On election day, what happens if the number of persons who vote for the assembly men and women are significantly less than the numbers who voted for the yes or no in the referendum?

This cannot be the case, since separate ballot papers will be given for that.

With the District Level Election (DLE), pictures of contestants will be printed on the ballot papers, whilst the referendum will have YES and NO on its ballot papers.

Why aren't we seeing intensive media campaigns now on TV and radio?

It is noteworthy to make mention of consequential amendments, should 75% of the 40% turnout vote YES.

It will take the form of a national process, such as nominations, etc, etc

Independent candidates are also eligible to file nominations to contest the elections.

The campaigns are really yet to commence. On Monday, all District Officers and other Field Officers, would be trained, to start with.

Meanwhile, the Public Education Campaign a collaboration between the MLGRD, ISD, NCCE and the Electoral Commission is ongoing

The election processes will be uniform - from national level to the local level.

In fact, with time, the electoral procedure may incorporate voting simultaneously for the President, a MP, MMDCEs, Assembly members and Unit Committee Members all on the same day, just like it is done currently in KENYA.

But get this:
If it turns out, that the referendum question is rejected (NO Vote) but parliament amends Article 243(1), the law shall require to vote for MMDCEs but NOT on multi partisan basis.

Article 55(3) is entrenched; hence the requirement for a referendum to amend it.

■ If the referendum result is ‘YES,’ Parliament shall approve the Amendment
Bill to Article 55(3).
■ Other Consequential Amendments to follow to reduce the effects of the
demerits after the referendum include:
● Amendment Bill for Articles 242, 243(3) and 248(3) and
● Local Governance Act 2016(Act 936)
● Securities and Intelligence Act 1996 (Act 526)
● The District Assembly Elections Act 1994, (Act 473)
● The Political Parties Act 2000, (Act 574)
● Public Procurement Act 2003, (Act 663) as amended
● Public Financial Management Act 2016 (Act 921)
● A New National Decentralisation Policy, is also in the offing to support the
process.
● A National Blue Print on MMDA Management, under elected MMDCEs,
shall be developed to strengthen the administrative and governance systems of the local governments in Ghana.

After stakeholders interactions across the country, various views have been expressed perceived
demerits of electing MMDCEs are as follows:
● Opposition political party MMDCE(s) may undermine a ruling government. But in South Africa
where Mayors are elected, the 3 main Cities of Johannesburg, Pretoria and Cape-Town are
all managed by Mayors from the opposition party. And the cities continue to attain socio-
economic development, successfully.
● Manipulation of MMDCE(s) by party officials and constituency executives.
● Exclusion of vulnerable and women groups from the process.
● Exclusion of Traditional Authorities
● Security concerns, when the sitting President is visiting a District with an opposition
political party elected MMDCE.
CURE: In this situation, National Security usually takes control over the area.
● Funds may not be available for an opposition party elected MMDCE to develop an area, and
● Cost of campaigning and organizing primaries leading to the selection of a party’s
candidate for the MMDCE may be high.
NB: The perceived demerits shall however be resolved with the consequential reviews and amendments to existing laws and policies.

CSOs, Political Parties, Faith Based Organizations and Traditional Authorities Support for the Process

● The initiative enjoys broad support from CSOs, Traditional Authorities, FBOs and Political Parties, after MLGRD shared the roadmap with them.
● MLGRD has interacted with the National House of Chiefs,
Christian Council of Ghana, Federation of Muslim Councils in
Ghana, CSOs and leadership of the CPP, the NDC, the NPP, the PPP, etc.
● CSOs have also formed a Coalition on Election of MMDCEs to support the process
● MMDCEs, Assembly and Unit Committee members have
embraced the process and have been encouraged to add the referendum education to
their campaigns.
● The NCCE and ISD is also undertaking concurrent education on the referendum across the country working with the various district campaign teams.