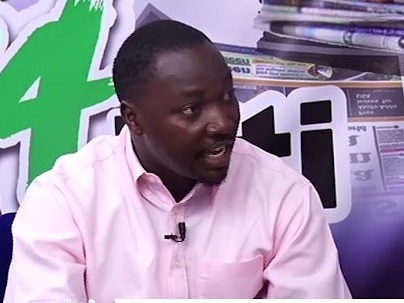 "In fact this is not news and a surprise to me at all, as for this YEA temporary jobs every government human being can do it and NDC and John Mahama did perfectly well in the recruitment of the youth," he said on Kwese TV morning show

He also proved with evidence that on March 18, 2016, Myjoyonline wrote a story titled "NPP will create sustainable and good-paying jobs" but says that is a failed campaign promise.

He further stressed by saying the government led by Nana Addo has witnessed massive job losses in the banking, agricultural, brewery and mining sector.

He also said after government has made juicy promises to the youth they turn back and appoint family members in sensitive positions who receive good salaries while the Ghanaian graduate wallows in abject poverty coupled with the severe economic hardships.

Mortey also said Fuel that used to be 14 GH now 25gh, electricity all-time high and has seen another increment over 5%, water also with over 2% and communication service tax 50 %.

"What annoys me is that report from CDD Ghana stated government led by Nana Addo has wasted GH S 9.6 billon to corruption and has borrowed over GhS 80 billion to debt stock, instead of finding ways to correct and fulfil their juicy promises made to Ghanaian's they keep on stealing "

"The reality is that Ghanaian youth deserve sustainable and well-paid jobs as promised in 2016.