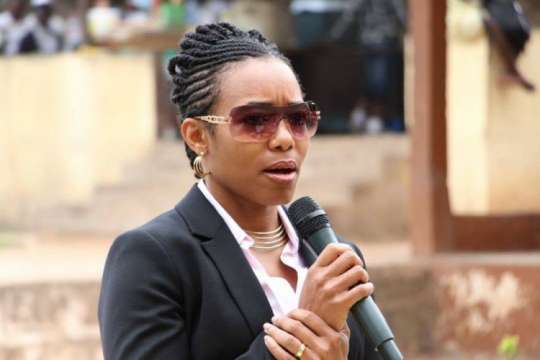 NDC MP for Klottey Korle Constituency, Dr. Zanetor Rawlings has placed the blame of Sunday's flood in Accra at the doorstep of the NPP government.

According to Dr. Zanetor Rawlings since the NPP took over the administration of the country much has not been done to salvage the flooding situation in the capital.

Speaking to Joy FM, Dr. Zanetor Rawlings said the Odo river has not been desilted for the past two years leading to Sunday's flood.

"Right beneath the surface of the water is sand, it hasn't been desilted in the last two years at least, last year there was no desilting and in 2017 there was no desilting so the last time it was desilted was when the NDC was in power, actually we are still been assured that works are ongoing but the bottom line is we know when the raining season starts and desilting should have started in the dry season not when it's raining I don't think enough has been put in place to ensure that people don't lose their lives or their livelihoods as a result of the flooding."

Also in a separate interview on Citi FM, Dr. Zenator Rawlings believes that the agenda for Accra to become the cleanest city in Accra cannot be achieved with the current sanitation issues the country is facing.

She noted that the almost three-year-old agenda smacks of failure as the city continues to struggle to manage waste.

“Not from where I stand and not at this point in time…I don’t see the necessary things in place for it to happen. You are still seeing the rubbish everywhere. The amount of rubbish left behind when the water receded after the flooding [on Sunday] was quite phenomenal.”

“We are in our third year since that promise was made. Accra is nowhere near becoming the cleanest city in West Africa, let alone on the continent,” she added.

The ambitious plan comes in the face of worsening sanitation crisis in the nation’s capital, Accra, with city authorities struggling to deal with the situation.

Years after the President’s announcement, many have doubted the President’s vision since nothing significant has been undertaken to rid the city of its heavy filth, except the launch of a national sanitation campaign which is yielding no result.