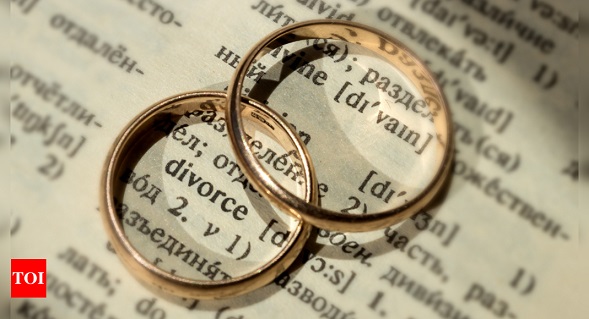 We all make regretful decisions one time or the other. Some of them have very little effect on our lives while some others lay heavily on our conscience.

Regrets are extremely painful; it derails us from what we want and the happiness we aspire to have and all because of one mistake.

The regretful decision I made will haunt me forever because, for me, it ruined everything; my life and my relationships; all because of love. I broke my best friendâ€™s trust and then went on to marry her husband who cheated on me in the end.

Sakshi and I were best friends ever since college. She had been my support system since day one and college life, in fact, my whole life till now would never be fun without her. She shone so brightly that her infectious energy radiated amongst everyone else.

But this sole quality would always make me a bit jealous; especially how she won anyone over in a short period of time. She was beautiful and fun, the things I wasnâ€™t when we started college.

We were stuck at the hips and as the last year came by, it was our turn to say goodbye for the time being. I was in a relationship at that point and it was all going good until one day, I saw my boyfriend typing his number on Sakshiâ€™s phone.

They both were giggling and that somehow fired up the long-hidden jealousy within me. I was enraged and I knew they both were flirting. And so, rather than confronting her, I broke up with my boyfriend because I knew, if I faced her about this, she would break off our friendship. And I couldnâ€™t bear to witness that. And so, I buried that incident deep inside my heart.

Years later, we both were in the same city working different jobs, and our bond was stronger than ever. We partied, shopped groceries and were always there for each other.
After a failed relationship, when I was finally starting to catch my breath, I came across Sakshiâ€™s husband. They had married young and he was a charming fellow and I was instantly jealous of how Sakshi bagged such an amazing guy.

Not that it was much of a surprise. I was smitten. He had cuteness written all over his face and I constantly wondered why I couldnâ€™t get such a great guy.

They looked so in love that it bothered me very much. And then one day, it all went wrong and thatâ€™s what I regret the most.

Sakshi had gone to receive the takeaway food at the gate and thatâ€™s when her husband and I were alone. We both had an intense tension between us and then, we suddenly kissed. It was a quick one but it got our hearts racing.

Luckily, Sakshi came a while later so it was alright. But after that day, we began talking on calls and texts. Our secret endeavours were increasing and getting riskier. And then one day when we both were kissing in my home, Sakshi walked in on us!

The look on her face was the most horrid one and I instantly felt regret. She had tears welled up in her eyes and she stormed out of the room in anger.

It took me a while to get dressed and run after her but she looked back at me in a betrayed and hurtful way that I stopped. And thatâ€™s the last time I saw Sakshi.

I messed up big time and I tried countless times to contact her but it was pointless. She wouldnâ€™t. On the other hand, my relationship with Sakshiâ€™s ex was going pretty well. And it all turned out to be pretty good!

He was loving and very caring; the perfect boyfriend anyone could wish for. After the entire divorce affair was long done, he proposed to me. I was elated! And within a few months, I became Mrs Singhania and it was a wonderful feeling. The cost of this love was my relationship with my best friend but I guess to gain something, we all have to lose a part of ourselves.

However, my marital bliss didnâ€™t last long as I started having suspicions about my husband cheating on me. There would be a fragrance on his shirtâ€™s collar that wasnâ€™t mine or he would return home really late at times.

And my worst nightmares came alive. He was indeed cheating on me! Never in a million years did I think this all would happen to me. And thatâ€™s when I did the unthinkable, I contacted Sakshi.

We both met at a cafe after a span of almost 3 years and even though it was awkward, I blurted out what I was facing. She didnâ€™t look surprised and I then spoke about how jealous I was of her, since the beginning.

I even told her how mad I was of her when she flirted with my boyfriend back in college. She looked surprised for a minute and then angrily told me that she took my boyfriendâ€™s number so that she could make a move on his friend whom she had found on Instagram.

She had actually asked him to be her wingman! Now with the truth out, there was nothing more that could be done. It was the worst decision of my life and it was born out of ill and jealous feelings that had no base.

I couldnâ€™t begin to say how regretful I felt. But alas, nothing could be fixed now. Itâ€™s all too damaged.