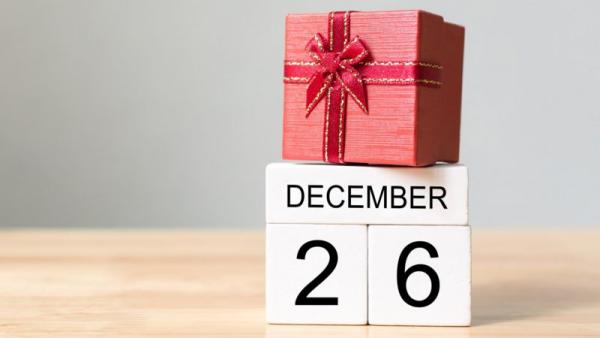 Boxing Day is celebrated on December 26th every year and is only celebrated in a few countries; mainly ones historically connected to the UK and in some European countries.

Boxing Day is celebrated just a day after Christmas. The day also has religious connections and is celebrated as Saint Stephen's Day in Ireland and the Catalonia region of Spain.

Though it originated as a holiday to give gifts to poor people, today the day signifies more like a shopping holiday. Boxing Day was traditionally a day off for servants and the day when these people received a special Christmas box from their masters. When December 26 comes on a Saturday or Sunday, the following Monday is designated as the official public holiday.

READ ALSO:Â What Is Christmas: Understanding the History and Origin

Why it is called Boxing Day:

Boxing Day is a bank holiday or public holiday that became official in 1871. The name is a reference to charity drives. A box to collect money for the poor traditionally and placed in Churches on Christmas day and opened the next day, or Boxing Day.

Another theory is that it was a day off for servants of the wealthy, and the day when they received a special Christmas box from their masters. The servants would also go home on Boxing Day to give Christmas boxes to their families.

Boxing Day is a time to spend with family or friends, particularly those not seen on Christmas Day itself. To some extent, Boxing Day is considered a shopping holiday, with stores offering reduced prices for Boxing Day sales, similar to Black Friday, the day after Thanksgiving in the United States.