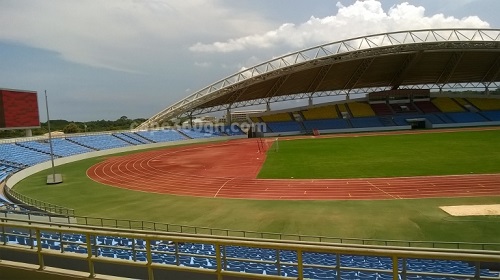 His comment comes on the back of recent reports indicating that the stadium was in bad shape and not ready to host such an international fixture.

According to him, it is shocking for people to speculate such news because the stadium is in good shape to host any high profile game.

“I don’t understand why we will use a pitch in a poor state for a Black Stars game.

“Same thing happened during the AWCON, people said the pitch wasn’t in good shape but it ended up hosting the tournament”, Robert Duncan said.

The RFA chairman added, “Those people aren’t technical people, the pitch goes through a routine maintenance, the grass on the pitch is intentionally grown with fertilizer, so a time will come when we will do maintenance and shape the grass and not like a new stadium where everything is done afresh”.

Ahead of the clash, Ghana Football Association have launched a campaign #BringBackTheLove aimed at igniting passion and galvanising support for the Black Stars as they seek to redeem themselves after their disappointing Afcon 2019 campaign in Egypt.