All of my players flopped against Kotoko - Bechem United head coach 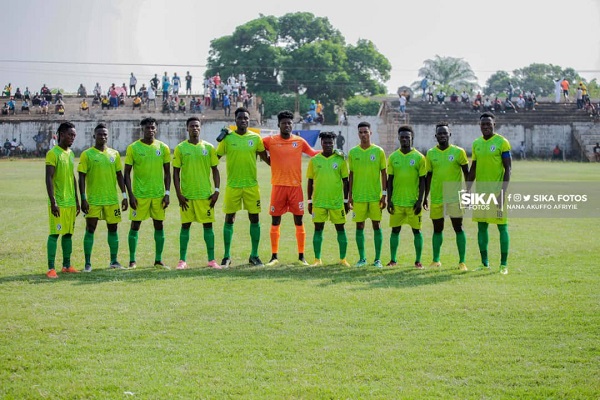 Bechem United head coach Kasim Ocansey Mingle has slammed his players for not coming to the party in Wednesday's outstanding fixture against Asante Kotoko.

Kasim Ocansey Mingle's side failed to give the Porcupines a tough test as they got whipped 4-0 at the Obuasi Len Clay Stadium, Kotoko's new adopted home grounds.

Speaking after the game, the coach conceded his outfit were not at their best on the day.

"All of my players flopped, they did not play the way we use to play. The way we played against Liberty Professionals and saw the game, that's why we were too confident to win but they all flopped. This is an outstanding match so we are going to play our second match in the second round and we will put the defeat behind us and prepare for the rest of the matches ahead." he said.

Following a bright start to the match, Kotoko had the lead after just 13 minutes of play.

Brazilian midfielder Fabio Gama set up defender Abdul Ganiu who riffled an unstoppable shot into the back of the Bechem United goal post.

Later in the first half, Fabio Gama registered his name on the scoresheet to double the lead for the home team before the break.

With Bechem United failing to make strides in the second half, youngster Francis Andy Kumi and new signing Michael Vinicius also scored to increase the lead for the Porcupine Warriors.

Eventually, the match ended 4-0 win Asante Kotoko running away with the maximum points.