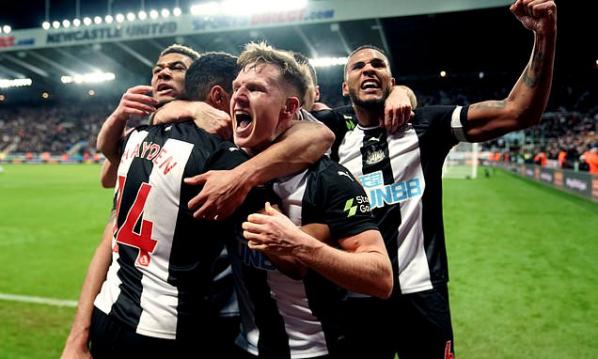 Amnesty International has written to the Premier League urging it to consider Saudi Arabia's human rights record before signing off on the takeover of Newcastle United - warning that it 'risks becoming a patsy'.

A Â£300million deal is now in the hands of the League after Mike Ashley reached an agreement with a consortium backed by funds from Saudi Arabia's Public Investment Fund, controlled by Crown Prince Mohammed bin Salman.

But in a letter to Premier League chief executive Richard Masters, Amnesty UK director Kate Allen said: 'I believe there are serious questions to address in determining whether the owners and directors of the company seeking to acquire NUFC are meeting standards that can protect the reputation and image of the game.Â

'If the Crown Prince, by virtue of his authority over Saudi Arabia's economic relations and via control of his country's sovereign wealth fund, becomes the beneficial owner of NUFC, how can this be positive for the reputation and image of the Premier League?

'So long as these questions (concerning Saudi Arabia's human rights record) remain unaddressed, the Premier League is putting itself at risk of becoming a patsy of those who want to use the glamour and prestige of Premier League football to cover up actions that are deeply immoral, in breach of international law and at odds with the values of the Premier League and the global footballing community.'

Sources close to the deal say they anticipate no issues with the League's owners and directors test, with approval expected within the next three weeks.

Meanwhile, Newcastle's managing director Lee Charnley will leave the club after agreeing to stay on for a handover period only under the prospective new owners.

Sportsmail has been told that an amicable agreement has already been reached that will see Charnley depart St James' Park after more than 20 years' service.

The 42-year-old has been Ashley's man in charge of the day-to-day running of the Magpies since 2013 having previously served as club secretary.

Charnley has been the link between manager and owner during that period and was often caught in the middle when that relationship became fractious, especially in the case of Ashley and former boss Rafa Benitez.

Some sources have long since expressed sympathy that he has had little help in running the club and was left to oversee key football decisions - including managerial changes and transfers - despite a background primarily in administration.

He is well thought of within St James' but fans, on the whole, have always seen him as Ashley's man and it is little surprise that he will not continue in the long term under new owners.