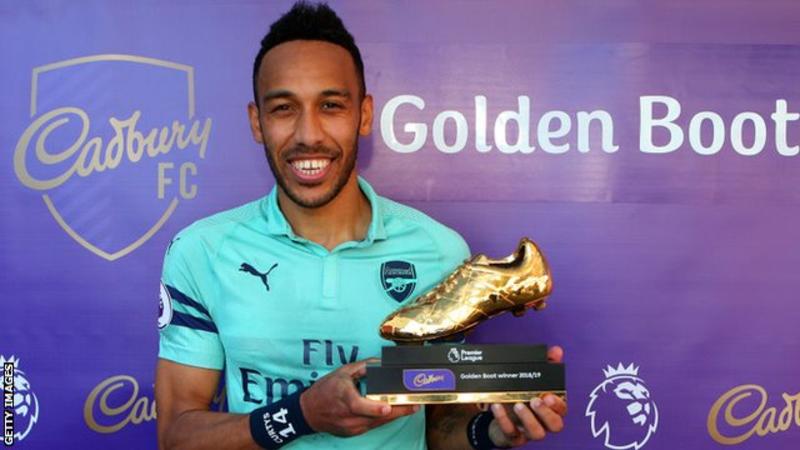 Arsenal's Pierre-Emerick Aubameyang needs to "secure a contract with a more ambitious club," says the president of the Gabon Football Association.

The striker finished last season as the joint-top scorer in the Premier League with 22 goals.

"Right now, he's at Arsenal, and he's won nothing here, so it's a collective failing," Pierre Alain Mounguengui told ESPN.

"I don't want to say that Arsenal aren't ambitious, but Arsenal don't have ambitions as high as some other clubs as far as Europe is concerned."

Last month, Arsenal manager Mikel Arteta said he wants to keep Aubameyang "under any circumstances" and the club need to discuss a new deal before the end of the season.

The Gabon international has scored 20 goals in all competitions for the Gunners in 2019-20 and is a reported target for clubs including Barcelona and Inter Milan.

"If Pierre could secure a contract with a more ambitious club, he'd definitely find his place there," Mounguengui added.

"All Gabonese people see Aubameyang at this level, where he can now end his career at a major club and, above all, beyond individual trophies, to bring home a major competition."

Since joining Arsenal for Â£56m from Borussia Dortmund in January 2018, Aubameyang has suffered defeats in the Europa League and Carabao Cup finals and is yet to win a trophy.