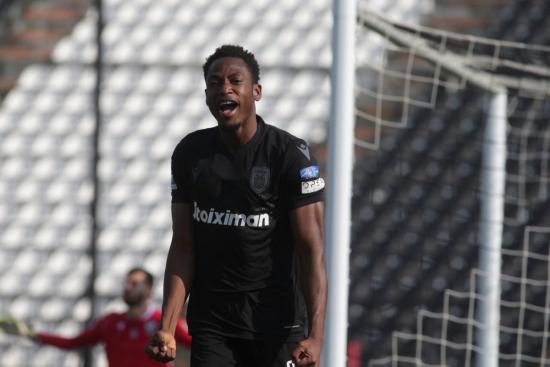 Ghana defender Baba Rahman has expressed delight after bagging his maiden goal since signing for Greek side PAOK Thessaloniki.

The left-back on Sunday was on target in his first game for Greek side as they handed Lamia a 4-0 thrashing.

The Chelsea loanee opened the scoring on the day in the 18th minute, receiving a pass inside the box, outwitting three men and slotting a shot past goalkeeper Panagiotis Katsikas.

Three minutes after the break, Christos Tzolis doubled PAOK's lead with a low shot from the edge of the box after being put through on goal by Andrija Zivkovic.

Egypt attacker Amr Warda made it 3-0 in the 52nd minute with a first-time shot from close range before Zivkovic turned finisher with a powerful shot from just inside the box in the 66th minute.

The result leaves PAOK joint-top of the league standings with Olympiacos while Lamia sit three places from the bottom.

After the game, Baba took to Twitter and couldn't hide his joy after scoring his first at his new club.

"Best feeling in the world," he Tweeted.

"Good win and really happy to have scored on my debut. Going back to training now "😄

Last month, Baba joined PAOK in a loan deal which runs until the end of the season.